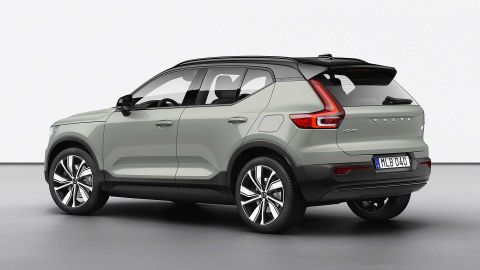 Swedish automobile maker Volvo has reported a significant year-over-year sales growth of nearly 28 per cent for the month of February 2021, thanks to various factors contributing to the accelerating shift from conventional vehicles to EVs in particular.

According to stats released by Volvo, the Swedish carmaker’s sales grew nearly 27.8 per cent to 50,795 units during February 2021. The plug-in lineup, which sold under the Recharge brand name, grew even faster, almost doubling from the corresponding month of the previous year. Plug-in sales accounted for a share of 26.6 per cent. The percentage stood for sales of nearly 13,500 units in the month under review.

Releasing the stats, Volvo said in a statement, “Its Recharge line-up of chargeable models, with a fully electric or plug-in hybrid powertrain, continued to grow in popularity among customers and accounted for 26.6 per cent of all Volvo cars sold globally in February.”

In Europe, the company enjoyed even higher growth during February. As per available stats, Recharge cars represented 44 per cent of the overall sales volume of the company in February this year. That is equivalent to more than 10,500 plug-in sales during last month.

The Swedish carmaker’s U.S. sales also enjoyed a significant improvement, growing 16.9 per cent year-over-year to settle at 9,164 units in February 2021. It was the company’s best sales result for the month of February since the year of 2014. It was also the ninth consecutive month of sales growth for the company. SUVs accounted for most of the sales (nearly 80 per cent) of the overall volume.

The highest demand for the company’s plug-in cars was recorded in California, which accounted for nearly 30 per cent of the company’s total sales in February this year. Commenting on the California sales growth, the company said, “This growth in PHEV sales is an important step toward Volvo’s plan to become a fully electric car company by 2030.”

However, the Swedish company remained silent about the progress of the introduction and sales of its fully-electric Volvo XC40 Recharge model. Senior Vice President Anders Gustafsson just said that the company had been seeing robust growth in its American sales for the last many months and the strength of its Recharge lineup bodes well for the company’s electrification ambitions.