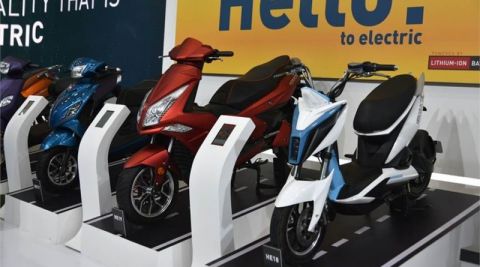 The Indian automotive industry is at the cusp of a great transition as more and more people are showing interest in switching from conventional fossil fuel-powered internal combustion engines (ICE) to electric vehicles (EV). But the higher cost of EVs is discouraging many.

According to some fresh estimates, the average cost of an EV in India is nearly three times that of a conventional petrol or diesel two-wheeler. However, the government is offering various incentives and tax rebates to help bring EVs’ upfront prices down to make them affordable for the masses.

Recently, under the Faster Adoption & Manufacturing of Electric Vehicles scheme (FAME II), the Indian government has increased demand incentive for e2W from 10,000 per kwh to Rs 15,000 per kwh, representing an increase of 50 per cent. In addition, the maximum cap on incentive for such vehicles was increased from 20 per cent to 40 per cent.

Commenting on the increased incentives, ICRA said that the changes would help e2Ws in achieving 8 to 10 per cent penetration in terms of registrations of new vehicles by 2024-25.

In its latest report, ICRA said, “A 50 per cent increase in demand incentive (in the form of higher subsidy) will significantly reduce the upfront price gap between an e2W and internal combustion engine (ICE)-based 2Ws and thereby increase the demand for e2Ws.”

According to ICRA's estimates, the changes will incrementally reduce the initial cost of ownership for high-speed e2Ws by at least 10 to 12 per cent, as compared with presently available popular models. It also estimated that the payback period in terms of total cost of ownership will likely come down from four years to three years.

In addition to incentives, greater availability of EV charging facilities and introduction of new, more powerful models, more options to choose from, and availability of credit will further lend a helping hand in achieving faster penetration of EVs in the fast-growing automobile market of India.

The transition from ICE vehicles to EVs is crucial from the point of view of sustainability and clean energy as the government of India has vowed to trim down carbon emissions to help protect the environment and public health.