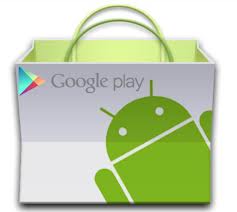 Nearly 16 months after Google’s unceremonious removal of the Grooveshark music streaming app from its app store, the popular app for Android-based devices has recently been made available again in the Google Play store.

According to the information shared by Grooveshark, the app - which is run by the Gainsville, Florida-based Escape Media Group – has been reinstated in the Google Play app store after the company worked things out with Google.

The Grooveshark app – which enables users to upload their own music, which others can stream – has been running into problems with mobile app stores, after it was yanked by Apple from its App Store in August 2010, soon after the app’s launch, because of copyright-related complaints.

Despite the fact that Grooveshark asserts that it has obtained licenses from over 1,000 record labels and distributed the musical creations of 25,000 independent artists, leading US music labels – including Universal Music Group Recordings, Warner Bros. Records and Sony Music Entertainment – have filed copyright-infringement against the company, alleging that it does not have a license or authorization for most of the works offered on the website.

However, about Google bringing back the contentious app in Google Play, Grooveshark said in a Tuesday statement: “After working closely with Google to get rogue apps removed, we're delighted that the official Grooveshark app has been reinstated in the Android market.”