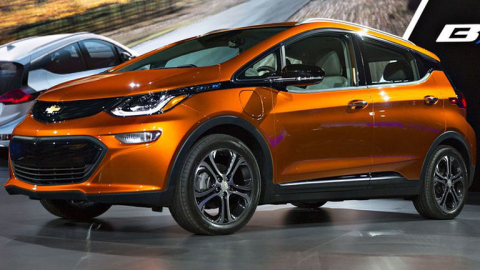 Detroit, Michigan-headquartered automaker General Motors (GM) has announced plans to invest $1 billion in a manufacturing plant in Mexico to build electric vehicles (EVs). GM announced that its new EV manufacturing plant will be located in the free and sovereign state of Coahuila de Zaragoza, one of the thirty-two states of Mexico.

More precisely, the new high-tech paint shop will be at the Ramos Arizpe site, which is currently assembling conventional gas-powered internal-combustion engine vehicles, such as the Chevrolet Equinox and Blazer models. It also produces engines and transmissions.

Improvements will be made to the manufacturing complex to build batteries and electrical components. It is expected to become operational from June this year, and the American automobile giant is confident that first batch of its EVs produced at this plant will be delivered sometime in 2023. However, the auto giant didn’t reveal why it chose a border state in Mexico to set its new manufacturing plant.

Investment in EV manufacturing plants is apparently of utmost importance for GM, which aims to go all-electric within next few years. A senior executive recently reiterated the company’s commitment to cut its carbon footprint by stopping manufacturing gas-powered vehicles by 2035.

However, the United Auto Workers (UAW) union is not pleased with GM’s decision to use a Mexican site for the EV manufacturing plant. Terry Dittes, UAW vice president who leads GM members, argued that the auto giant is asking for subsidies from the U.S. government but it is going to generate jobs and provide an economic boost to Mexican economy.

Criticizing GM’s decision, Dittes said, “At a time when General Motors is asking for a significant investment by the US government in subsidizing electric vehicles, this is a slap in the face for not only UAW members and their families but also for US taxpayers and the American workforce.”

President Biden has also called on manufacturers to build manufacturing facilities within the boundaries of the U.S. to generate new jobs. Delivering a speech earlier this week, Biden said he didn’t think there is any reason that the blades for wind turbines, EVs and batteries can’t be manufactured in Pittsburgh instead of Beijing.

Responding to the criticism, GM pointed out that it is also setting up EV manufacturing plants in the US territory. Most recently, it announced new EV manufacturing facilities in Michigan, Tennessee, and Ohio, which would provide employment to as many as 9,000 people while also providing a much-needed boost to local economies.