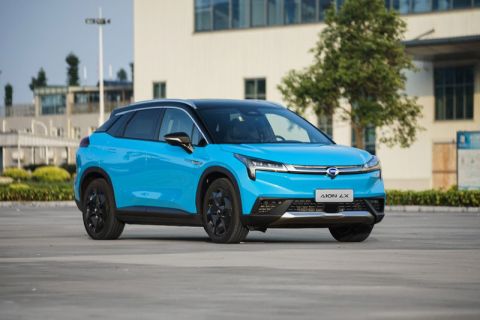 Expanding its range of EV technologies, Chinese New Energy Vehicle (NEV) manufacturer GAC Aion has announced the launch of its first battery swap station in Guangzhou – the capital city of Guangdong province in southern China. By entering the battery swap segment with the launch of its first station, GAC Aion – an all-electric marque of Guangzhou Automobile Corporation (GAC) Group – has joined competitors like NIO and CATL.

The company has plans to open 220 battery swap stations in Guangzhou by the end of 2022. Thus, 219 more swap stations will be opened this year alone. It may be noted here that GAC Aion itself is headquartered in Guangzhou.

GAC Aion is currently selling five EVs, including its latest sports utility vehicle (SUV) called the Aion LX Plus, which went on sale early this year with a claimed range of more than 620 miles of range per full charge. In addition to producing EVs, the company is offering impressive charging technology across China. Just last summer, it unveiled a 480 kW DC fast charger that is capable of charging an Aion V SUV from 30 per cent to 80 per cent in merely 5 minutes. The charge rate is somewhat less than what the company originally promised but it is still very impressive.

The newly launched very first battery swap station of the company also supports automatic EV charging. It means users will be able to use the new facility not only for swapping their exhausted batteries with charged ones but also to charge their EVs, of course if they have more time to spend there.

According to the company’s claims, it is the first location in China that completely automates the battery replenishment process, irrespective of the method.

The swap process of GAC Aion includes bolt on battery packs that by standards established in China must be capable of enduring as many as 5,000 swaps through their life cycle. The automaker claims that its batteries, which have a replacement life up to 8,000 swaps, can be robotically swapped in less than 2.5 minutes. For reference, GAC Aion also uses the same bolt on battery approach with claims that its stations can swap an EV battery back in less than three minutes.

Seeking a deep penetration into the promising market of battery swap stations, GAC Aion is planning to open more than 1,000 stations in Guangzhou by 2025. After that, it will stretch its feet to other cities of the country.