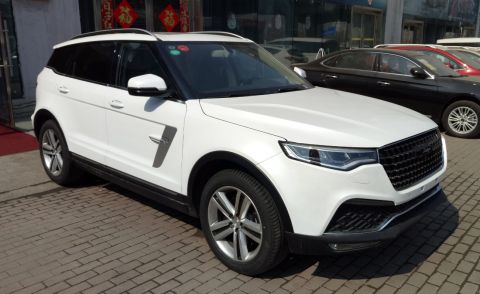 American automobile giant Ford Motor Company has announced that it has terminated plans to launch an electric vehicle (EV) joint venture in partnership with Chinese car manufacturer Zotye. Dearborn, Michigan-headquartered Ford had signed partnership agreements with Jinhua, Zhejiang-based Zotye in 2017 to set a JV to produce and sell EVs. But, the American automaker eventually decided to change its mind and put an end to the JV plans with the Chinese company.

The American and Chinese automakers signed their first JV agreement in 2017, during former U.S. President Donald Trump’s visit to China. At the time, the two companies announced that they would make a combined investment of $756 million to establish a 50-50 JV in China to build small battery electric passenger cars. Around a year later, the two entities signed a memorandum of understanding (MOU) for another JV to design and produce EVs for ride-hailing fleets.

When asked about the reason behind the decision to pull the plug on the JV plans, the company said in a statement that China's EV industry and government policies underwent major changes since the partnership agreements were signed. However, the company did not specify which changes triggered the decision.

The company explained that it had become impossible to set an EV JV and Smart Mobility JV as China’s pure EV industry and relevant government policies underwent significant changes in recent years.

Announcing the end of the JV plans, the company said, “China’s electric vehicle industry and government policies had undergone major changes since the agreements were signed in 2017 and 2018, prompting Ford’s decision.”

Around a couple of weeks ago, Ford announced that a separate agreement with Chongqing Changan Automobile Co. to create a JV to EVs would soon start producing fully-electric Mustang Mach-E vehicles.

Zotye is a privately-held automobile company, which has a negative reputation for allegedly cloning other manufacturers’ vehicles. Around one and a half years ago, it closed its Traum brand division and several dealerships amid reports that it didn’t pay salaries to its employees for several months.