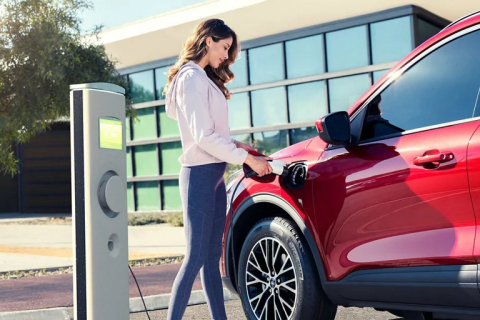 Ford spokesperson Mike Levine confirmed the delay in the US deliveries of the Escape Plug-In Hybrid but didn’t mention the reason behind the delay. He just said the company moved full scale production and sale of the new electric vehicle to the model year of 2021.

Originally, the Escape Plug-In Hybrid, which has officially been rated at 37 all-electric miles in hybrid driving and 41 miles per gallon combined, was scheduled to hit the US markets in summer this year.

Some industry experts are of the view that the delay in the arrival of the Escape could make competition even tougher for it as a number of electric vehicles from rival companies are also scheduled to hit the US markets next year. For instance, the Toyota RAV4 Prime and the 2022 Hyundai Tucson Plug-In hybrids due in 2021 will stoke a tough rivalry.

According to a report published by the Bloomberg, the American car manufacturer delayed because of issues prompting recalls of vehicles like the Ford Kuga, a plug-in hybrid model that has not been launched in the US. The recalls were announced in European markets after at least seven Ford vehicle caught fires during charging. The fires triggered a recent recall for more than 20,500 Ford Kuga models.

While Ford is still examining the issue, some experts have warned that a battery-related glitch could be the source of the fires, which could be very dangerous, given their proximity to the fuel tank.

The fires promoted Ford to temporarily suspend sales of the Kuga Plug-In Hybrid, and those who already own the hybrid cars have been advised not charge their vehicle and only drive in EV Auto mode until the issue is addressed by a certified dealer. In the United Kingdom, the American auto maker has offered affected car owners a “goodwill gesture” of 500 pounds for the additional gasoline they will use in the meantime.

The 221-hp Escape lacks the sophisticated all-terrain gear; but comes loaded with a number of appealing features, including a stylish cabin matching its smooth-edged exterior styling, traffic-sign recognition with the optional Co-Pilot360 Plus package, exterior mirrors, a hands-free power liftgate and memory settings for the driver's seat.