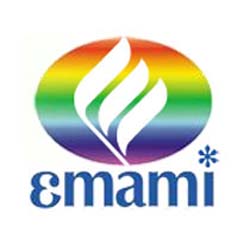 Emami group, the country's personal care and ayurvedic medicines major, is making entry into the African market not just in their customary business lines but also in contract farming and power generation.

According to the company's director, Aditya V. Agarwal, "In Ethiopia, Emami Biotech has been allotted 100,000 acres of land by the Investment Commission. We will cultivate edible and non-edible oil seeds and cereals like gram, maize, sunflower, soya and jatropha."

"The cost in the first phase is Rs. 400 crore ($85 million)," Agarwal told IANS, adding: "Labour is only a small cost. The benefit is in the availability of land. We are most interested in this aspect. We have successfully availed land without any hassles."

Mr. Agarwal said that one of the major reasons why the group's concentration was on African market was that the large continent accounted for a substantial share of their exports, which make 15% of their sales revenue, reaching out to 60 nations.

Mr. Agarwal added that the plans were also on for $335 million extra investment in Ethiopia for a 300-mw power facility.

He trusted that just as his Emami group will derive benefit from the projects plotted in Africa in general and Ethiopia in particular, these nations, too, would derive chances from his group's investments there.

Headquartered in Kolkata, the $165- million Emami group has such brands in its stable including Boroplus, Hairlife, Sardi Ja and Sona Chandi Chyawanprash.

In recent months, the company has acquired the ayurvedic medicines major Zandu and broadened into real estate business. (With Inputs from Agencies)