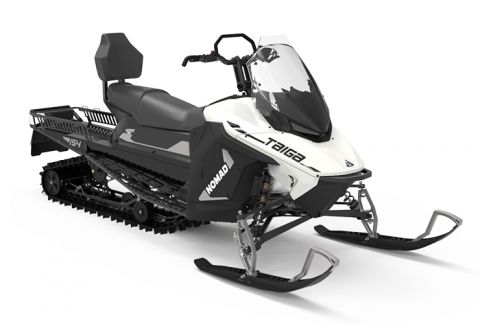 Taiga Motors, a Canadian EV startup working to bring to market all-electric snowmobiles and jet skies, has raised $100 million in the process to go public through a special purpose acquisition company (SPAC) deal. The Montreal, Canada-based startup has announced that it has signed a merger deal with a SPAC called Canaccord Genuity Growth II Corporation. The proposed merger transaction between the two entities will constitute the Corporation’s qualifying acquisition, and the electric snowmobile manufacturer is raising $100 million in the process.

SPACs are essentially blank company with very small capital under their possession. The only attractive quality of SPACs is that these companies are listed on stock exchange. Such comparatively smaller companies start trading following a simple IPO. But, as the process of IPO is time consuming and expensive, many bigger unlisted companies try to go public through reverse merger with a SPAC. This trend took momentum in the past couple of years.

Announcing its merger deal with, Taiga said, “Canaccord Genuity Growth II Corp. (TSX: CGGZ.UN), a special purpose acquisition company, and Taiga Motors Inc. are pleased to announce the proposed merger transaction (the “Merger”) between the Corporation and Taiga. The Merger will constitute the Corporation’s qualifying acquisition.”

In 2015, Taiga was spun out of McGill’s racing team. Three cofounders, viz. Paul Achard, Sam Bruneau and Gabriel Bernatchez, worked on electric powertrains and focused their attention on designing and developing a lineup of environment-friendly electric snowmobiles.

The Canadian startup aims to electrify the power-sports industry by building fully-electric vehicles with greater capabilities than their fossil fuel-powered counterparts. Manufacturers of almost all sorts of vehicles are pushing ahead with their goals to develop and offer environment-friendly on-road as well as off-road electric mobility solutions as fossil fuel-based vehicles are becoming more and more detrimental to the environment.

The Canadian startup’s electric snowmobile is capable of sprinting from 0 to 100 km/h (roughly 62 mph) in merely 2.9 seconds, which is really impressive when it comes to a production snowmobile. As per the company’s claims, the electric snowmobile is capable of travelling 140 km on a single charge. Interest people can get the innovative snowmobile and watercraft reserved with a deposit of $500, which will be delivered with a starting price tag of $15,000 sometime in the fall of 2021.