Crude Oil Settles at $31 as Many Countries Lift Restrictions 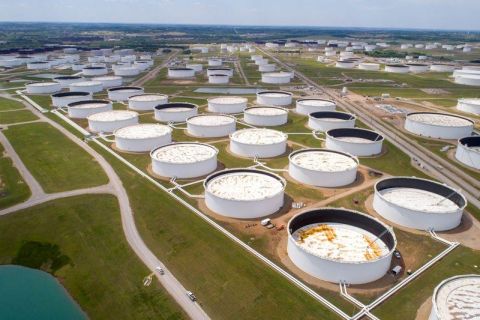 Crude oil has suffered a major volatility in the recent weeks due to declining demand and almost full storage capacities all over the world. However, as many countries have eased lockdowns, the situation with consumption will improve in the coming weeks. This will also lead to lower inventories of crude oil.

Before major lockdowns started due to coronavirus outbreak around March 15, Saudi Arabia and Russia started sending signals about increasing crude output. The Saudis and Russians chose the worst timing for start a price war. Within couple of days, the lockdowns led to reduction in demand for oil. Within three weeks, crude oil storages started filling up and the demand reduced even further.

US oil producers finally started cutting their oil supply. Even during coronavirus lockdowns, the oil demand reduced by just 30 percent. The price of crude in the international market dropped to less than half of the level seen on March 12. OPEC nations have cut their production by nearly 10 percent in the recent weeks. This will result in much higher valuations for crude over the next few weeks. While the decline in crude was quick, the recovery could also be fast.

Talking about the recent rally in crude oil prices, Naeem Aslam, analyst at Avatrade said, “Clearly, the optimism of the re-opening of the global economy has supported the oil rally.” Italy, Spain, Nigeria, Western European nations and India have allowed people to start work. This will increase the demand for oil.

While the crude oil traders suffered due to massive decline in contract valuations (even to nil in certain contracts), the real price of crude oil still remained at a much higher level.