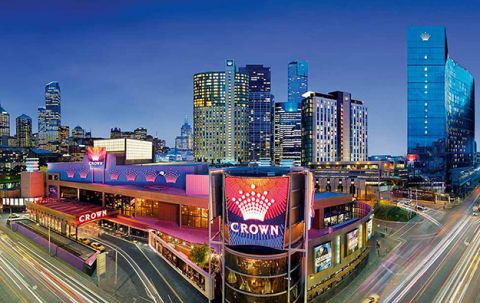 The investigators pointed out that casino operator Crown Resorts has a responsibility to alert the country’s money laundering agency, Austrac, about any kind of high-risk money transfers but it failed to inform the agency about controversial transactions through its two accounts.

The ongoing inquiry, on Tuesday, heard that the two controversial bank accounts were held by the casino giant through two shell companies, dubbed Riverbank Investments and Southbank Investments. High-rolling or VIP gamers would use the accounts to deposit money to gamble with at the operator’s gambling facilities. However, the source of money remained secret. Previously, it was heard that federal investigators suspected that drug dealers would use the accounts to turn ‘black’ money into ‘white’ money. It is also worth-mentioning here that a Chinese money launderer had been arrested in 2013 by federal police agents for depositing unaccountable money into the Riverbank account of the casino operator.

Steve Vickers, former chief of criminal intelligence for the Royal Hong Kong Police, also testified that criminal permeation of the junket industry was quite prevalent in Macau. He stressed that junkets demanded capable, tough people who would also be capable of exercising persuasion and violence to collect money.

Testifying on the topic, Vickers said, “Triad activities in junkets are notorious and well-known to everybody, frankly, that knows which way is up in Macau. The capital controls exist in China, it’s still illegal to promote gambling in China, it is difficult to enforce gambling debts in China — that’s the underlying cause as to why Triad societies are around.”

The ongoing public investigation is trying to determine Crown Resorts’ suitability to retain its gaming license in the state of New South Wales, where it is constructing a $2 billion gambling facility on Sydney’s waterfront. The under-construction facility is expected to be opened to the general public before the end of this year.