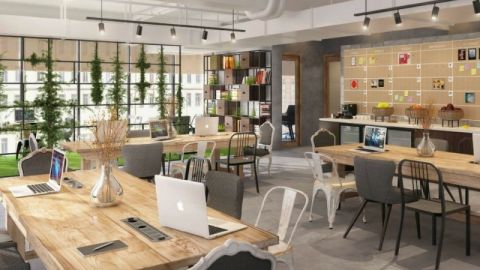 More than just a passing trend and a seasonal favourite of millennials, the coworking segment continued to grow and established itself as a buzzing real estate segment in 2019. With hip working spaces high on technology, experience and sociability, coworking is no longer just the go-to option for new-age start-ups and entrepreneurs - it has now expanded its reach to mainstream corporates, as well. Even as major coworking players increased their footprint across the country, institutional funding kept the momentum going. 2019 also witnessed a growing wave of consolidation in the sector, in the form of mergers and acquisitions.

Despite the WeWork debacle in US dominating headlines and raising questions about the future of the coworking business, the segment has emerged as a viable asset class for landlords and operators in India. The coworking market has grown by leaps and bounds and is a significant factor in the strategy for occupiers.

So, what’s in store for the coworking segment in India in 2020? Let’s do some crystal-ball gazing to identify the trends that will push this exciting real estate segment.

As we head into a brand-new decade, millennials are set to form 50% of the global workforce by 2020. This burgeoning and influential segment has been at the core of the coworking story in India and will continue to drive demand for such spaces in the country.

India happens to be the world’s youngest start-up nation with >70% founders less than 35 years of age. According to NASSCOM, the end of 2020 will see India have more than 10,500 start-ups, ranking third behind US and UK. As cities like Bengaluru, Gurugram, Pune and Hyderabad witness the rise of the entrepreneurial wave, the demand for coworking spaces is only set to grow in the coming years.

As already mentioned, the segment is no longer driven solely by start-ups, millennials and SMEs – it now caters to mainstream corporates and large enterprises as well (global tech-giant Google leased office space with coworking operator Simpli Work in Gurugram to expand its operations). Even banks and telecom companies are keen on their teams to operate away from headquarters and closer to entrepreneurs.

In 2020, more large companies will opt for flexible coworking spaces for their short-term expansion plans. Supply has been growing with demand – towards 2018-end, the total supply of flexible workspaces was anywhere between 7 - 7.5 mn sq. ft. area – and crossed 12 mn sq. ft. by the end of 2019.

The Indian coworking segment is currently populated by players of varying size and scale. There are currently more than 200 players operating across the country. The top 7 players in this space alone have more than 350 centres across multiple cities in the country. These players include Cowrks, WeWork India, Awfis, Regus, Smartworks, 91springboard and OYO’s Workspaces. This number is likely to double or even treble in the next two years, given the rate at which these leading players actively leased spaces across major cities in 2019.

The coworking sector has also witnessed the entry of major realty players. Bengaluru-based developer Brigade Group ventured into the coworking segment with the launch of ‘BuzzWorks’. Hospitality player Roseate Hotels and Resorts has also forayed into this space by opening its first coworking centre at its hotel ‘Roseate House’ in Delhi’s Aero City.

Even as US-based WeWork’s failed IPO raised doubts about the company’s future, WeWork India’s expansion remained on course. Owned by realty firm Embassy Group, the company has been mainly funded by Embassy so far and pays a management fee to the parent company. With 37 operational coworking centres, the company is currently present in Bengaluru, Mumbai, Gurugram, Pune, Noida and Hyderabad.