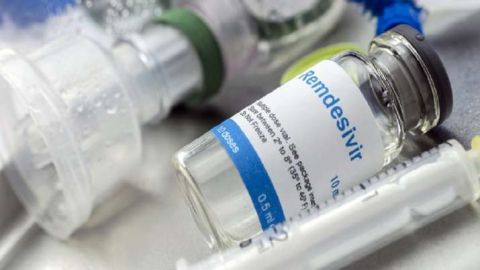 Gilead Sciences signed a contract with four Indian pharmaceutical companies to produce its medication ‘Remdesivir’ which has been found effective in treatment of some COVID-19 patients. However, as per reports from local media, only one company is producing the medication at the moment. While the situation with COVID-19 pandemic has been getting worse in India, it is questionable why only one company is manufacturing the generic version of remdesivir when four companies have been allowed to do so. Pharmaceutical major Cipla is among the four companies that have been selected by Gilead Sciences but as of July 12, Cipla hadn’t launched its version of remdesivir.

Privately held Hetero Labs has also received permission to launch generic version in India. The company CEO informed that Hetero Labs is focused on providing one lakh doses in the next few weeks, and the production can be ramped up based on demand.

“Backed by strong backward integration capabilities, we can ensure that the product is immediately made available to patients across the country,” Hetero Group of Companies Chairman B Partha Saradhi Reddy said.

And, Indian government had directed the four pharmaceutical companies to supply the drug directly to hospitals. The companies were directed to not sell the drug in the market or via stockists. Still, there have been reports that some people have been selling remdesivir’s generic versions in India at inflated price. On an average, a single patient needs 4-5 vials of remdesivir and each vial should normally cost Rs 5000. But, in the black market, traders have been selling the vials for Rs 20,000 to 25,000 each.

In Mumbai, two people have been arrested for trying to sell the medication at inflated price. The accused told the police that they had acquired the drug from a hospital, hinting at a broader nexus. The two men have been booked under IPC Section 420, Essential Commodities Act and Drugs and Cosmetic Act.

The police seized four vials of the injection from the accused, who were selling each vial for Rs 20,000 as against the original price of Rs 5,400, he said.

There is another treatment option available for mild COVID-19 patients. Glenmark Pharmaceuticals has recently launched antiviral drug Favipiravir, under the brand name FabiFlu, for the treatment of patients with mild to moderate COVID-19 at a price of about Rs 103 per tablet. As per latest reports, Glenmark has reduced the price of each tablet to Rs 75.

“The price reduction has been made possible through benefits gained from higher yields and better scale, as both the active pharmaceutical ingredient (API) and formulations are made at Glenmark’s facilities in India, the benefits of which are being passed on to patients in the country,” Glenmark filing to stock exchange said.