Constant US Battle for Gambling Legalization 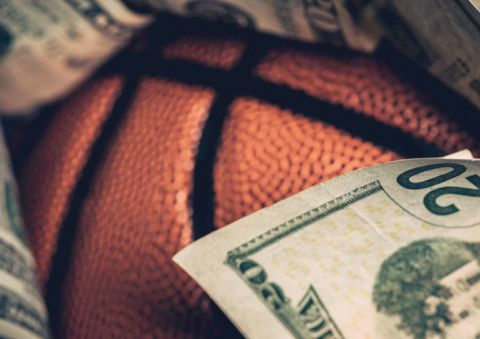 The United States is known worldwide as a land of opportunity. Standing as a country full of freedom, this is considered a luxury to most.

This is because some states have legalized gambling, while others are completely opposed to the idea. So, why can’t all US states agree when it comes to gambling laws?

Right now, gambling is technically legal under US federal law, but minor restrictions do apply. Each state is free to regulate or prohibit gambling in whatever ways they wish to do so.

In fact, many states offer state-run lotteries, which is considered to be a form of gambling. The only two US states that have completely outlawed gambling are the states of Hawaii and Utah.

It’s surprising that Hawaii has banned residents from being able to gamble given their history. Hawaii once had horse racing, but even so, any gambling bets taken during these races were done so through the black market.

As for Utah, it just makes sense that they don’t allow such a thing. Considered to be one of the most conservative and religious states in the US, allowing gambling in any sort of form would be going against the morals of most people who live in the state.

Now, as for the other 48 US states, things get a little more confusing and require further research.

The term “gambling” is too broad. Gambling can take in the form of sports betting, state lotteries, casinos, and even online casinos. While sports betting became legal under federal law in 2018, it became the job of each individual state to come up with their own regulations.

So, be careful before diving into the indulgence of gaming in any form.

Because the gambling term takes many shapes, there are ways around restrictions of casino gambling. This should not be translated into meaning that people should find a way around laws. By all means, follow whatever laws pertain to your state. But it is important to be educated on what these laws really mean.

Those who live in areas without any land-based casinos usually take that as a sign that gambling is illegal for them. This couldn’t be further from the truth.

Take the state of Alaska for example. Given that there’s a large population of Native Americans living within the state, you would assume that Indian reservations would make for great casino hosts. Yet, there are absolutely no casinos in the entire state.

What Alaskans have are six bingo halls. This is the best way for residents of Alaska to partake in a form of gambling and still have their fun.

For those living in Oregon, things are tricky. While gambling isn’t legal, some games that are available through online gambling sites are technically legal. Currently, Oregon law states that games of skill are not considered a form of gambling, making them a perfect and legal alternative to any other form of gambling.

Please be advised that the best way to find out whether or not something is legal in your state is to consult with an attorney. They’re capable of finding the right answers to any legal questions with proper sources to back up their claims.