City of Daleks launches the Doctor Who game 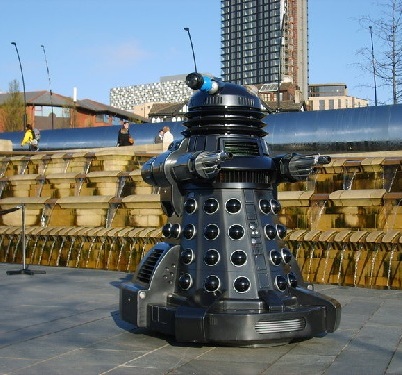 For all those multi-purpose game freaks it would be enthralling to state that the BBC's first Doctor Who adventure game has come up, before its scheduled launch time i. e., June 5th.

The all new Doctor Who game series after a not-so-good start came up with interesting platforms. The plot of City of the Daleks is set in sixties London, where the Doc and Amy turn up to find their capital which is soon to be destroyed, with the plunger-waving metallic people hover all over it, ruining the ambience of a lot of great restaurants and pubs.

According to the developers the game offers two hours of puzzling entertainment, in addition to the usual quips provided by the Doctor, and his assistant doing all the leg-work (literally in Amy Pond's case, via either a very short skirt or a very short pair of shorts).

More good news follows in the form of free download which features in the Mac as well.

Sumo Digital the hand behind this game offers first of four interactive adventure outings which the Beeb has planned. One can download the City of the Daleks from the BBC website, along with a range of other Doctor-based puzzle games, such as jigsaws.