Champix – An Anti-Smoking Drug By Pfizer! 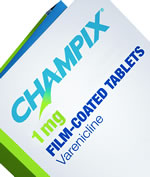 The world’s biggest pharmaceutical company Pfizer has rolled out its anti-smoking drug Champix, which lessens nicotine craving as well as the pleasure of smoking.

Having global sales of around $1 billion, Champix is priced at Rs 9500 for a 12- week treatment regime by Pfizer.

At first, the company is launching Champix in 17 cities at a lower price than the US and the European markets. The 12-week Champix prescription course will cost just Rs 9,500..

Kewal Handa, managing director of Pfizer stated, “Champix is the first non-nicotine based prescription aid to be approved by US FDA in the last 10 years. Research has shown that the odds of quitting smoking on Champix are twice that of buproprion and four times that of placebo.”

Buproprion and placebo are a few of the other anti smoking drugs available in the market.

Pfizer spends more than $7 billion annually ($7.6 billion in 2006) on Research and Development (R&D). The company is eyeing to spend a significant portion of this investment in countries like India, China and Singapore in the coming fiscals.

Pfizer will also partner with Smoking Cessation Clinics across India where smokers can seek out counseling support, educational information about the deadly outcomes of smoking plus tips and medical support that will aid chain smokers to overcome their habit.

Dr. Sanjeev Mehta, consultant chest physician, Lilavati Hospital said, “Smoking is the single largest cause of preventable death in the country. A possible solution is that everyone takes a strong stand against smoking by educating people about its ill-effects at an early stage.”