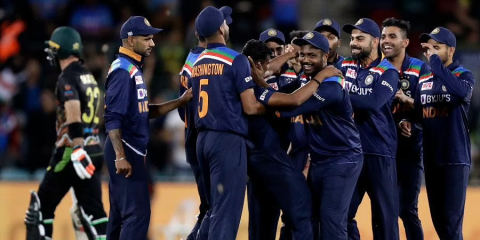 The game of cricket is no longer bound to only test series, there are different formats that are followed for the game. It includes one day and T20 matches. These are played for a shorter period of time and put to use the different skills of a player. The selection board along with the skipper of the team has to intelligently select the right team for each format so that they can showcase their skills and contribute to winning the matches.

Apart from the main playing team, the selectors also have to choose a handful of extras carefully so that they can travel with the team as standbys. This is essential in case anyone gets injured or acquires the coronavirus in this pandemic situation.

West Indies cricket board chief selector Desmond Haynes insists that if a player is good enough to perform good in one format, then he can do well in other too.

Choosing the right team becomes tougher for the finicky format of the T20 games. Here, the selectors have to focus more on the individual’s game rather than their reputation to select them in the team. It is now well understood that not all good batsmen can play the T20 format efficiently. Thus, it is important that the selectors do not go by reputation and carry out trials that would help to find the right players who are suitable to play the T20 game format.

For instance, if there are two players, say Sanju Samson and Ishan Kishan, what is the barometer that the selector might use to differentiate between them? Both are young players with aggressive mindsets who might seem apt for the given format. Also, both of them are wicketkeeper-batsmen.

Let us look at their strike rate and overall performance, including consistency. Take IPL 2020 for instance, Samson scored a 158.89 strike rate, which is among the highest in that edition. However, he scored only 375 runs in 14 innings which is not very impressive. On the other hand, Kishan has a lesser strike rate of 145.56, but he scored an impressive 516 runs in 13 innings. He even gave some of the single-handed efforts to win a game. Kishan's average was around 57.33 compared to Samson's 28.84.

Another player who was ignored for this format was Shikhar Dhawan. However, he was the top-scoring batsman in the T20 world cup, with 618 runs in 17 innings. He also remained on top of the table during the IPL games. With all these impressive scores, it has now become really hard for the selectors to ignore anymore.

Thus, there are no definite measures that can determine which player would perform the best in the T20 game format. It is essential that players are given a fair chance to see who performs well and contributes well to the team so that they can win. As the T20 is one of the fastest formats of cricket, hence who would perform well in the game is a tough thing to understand, even for the ace selectors. Thus, it is essential to keep an eye on the players and analyze their contributions before selecting them for the next big match.