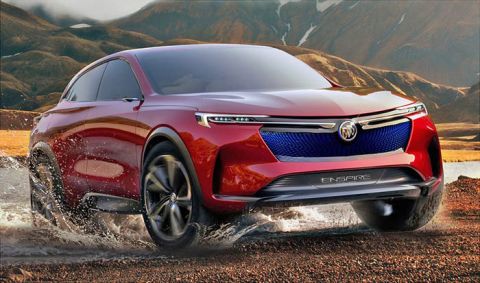 The Buick Electra-X will reportedly make its global debut on the 2022 Buick Brand Day, which is scheduled for the first week of June this year. It is expected to offer a sneak peek at future Ultium-based EVs for Buick in China – the largest car market in the world. According to the manufacturer, the study represents brand’s accelerating transition to electrification of vehicles and intelligent driving.

Initially, it was reported that the Electra-X is the same vehicle with the electric concept that the U.S. arm of Buick had teased in February 2022. That model is also due to be unveiled before the end of this summer. While many initially believed that the American and Chinese versions of the concept are the one and the same, a closer look at the images revealed some notable differences. For instance, the headlights of the two vehicles have a different design, even though the LED signatures are quite similar.

Moreover, Buick USA isn’t teasing the Electra-X, which is a clear hint that Buick China’s upcoming all-electric concept vehicle will be a different EV. At least, the two vehicles will have differences due to being tailored to the preferences of each market. A short statement accompanying the newly released teaser images also seems to support that assumption.

The statement accompanying the teaser images reads, “The Electra-X concept takes Buick’s innovative thinking and imagination of future electric mobility to the next level. It is designed to provide a safer, smarter and more desirable EV experience, building on Buick's deep understanding and insights of local consumers toward electrification and intelligent driving.”

The teaser images show that the Buick Electra-X with the brand's all-new design language, featuring distinct and forward-looking styling. The interior seems to be airy as well as comfortable. The images also show the vehicle’s sleek horizontal LED headlights, a robust front end with a grille-like panel under the pointy nose, and delicate side cameras instead of rearview mirrors.