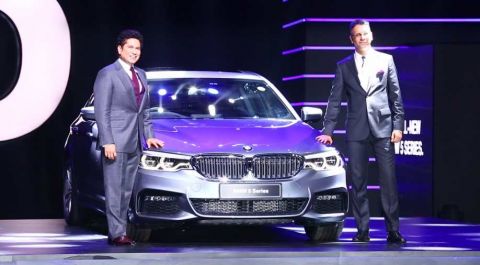 Munich, Germany-headquartered luxury carmaker BMW has announced that it is looking to introduce its global electric models in India but it needs better clarity on the EV infrastructure and policies before taking any such step in the fast-expanding Asian economy.

Speaking at the launch of the BMW 2 Series Gran Coupe, Group India’s President Vikram Pahwa said that the EV infrastructure and policy road map in India isn’t clear yet. The Indian arm of the German carmaker is currently producing around a dozen models in India for the Indian customers at its Chennai, Tamil Nadu-based factory. However, some very niche, luxury models are being manufactured in other countries and imported to India.

Speaking on the topic, Mr. Pahwa said, “We always look at global models for India but we need to look at the policy roadmap which is not clear yet … We are producing in India for the Indian market and currently 12 models are being produced at our Chennai factory. Only a few very niche products are imported.”

He added that the company would utilize its entire capacity for the Indian market within the next few years as demand for its vehicles would pick up.

The luxury carmaker has plans to introduce 25 electric or hybrid vehicles around the globe by the year of 2023. However, any decision to bring them to India would depend on the country’s EV infrastructure and policy road map.

Mr. Pahwa acknowledged that corona virus pandemic adversely impacted the company’s production as well as sales, but expressed hope that post the lockdown there would be more interest in individual mobility and greater demand for technology, driving efficiency as well as the environment. There would be a shift away from diesel, leading to higher demand on the transmission front and in gasoline in the Indian market.

The automaker’s manufacturing unit, which is located just outside Tamil Nadu’s capital city of Chennai, currently has a capacity to produce as many as 14,000 cars while operating on a single shift basis. However, thus far this year the company’s sales are slightly more than 4,000 units, down 41 per cent year on year, partly due to the corona virus pandemic. But, the company is fully confident that it will be able to fully utilize the installed capacity within the next couple of years as demand for cars will pick up.