Bin Laden can easily pass off as Winona Ryder in UK airport scanners! 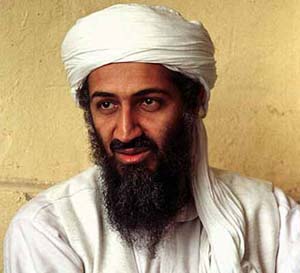 London, Apr. 6: A leaked British Government memo has revealed that airport scanners in the country have been recalibrated to such an "unacceptable" level, that they can’t differentiate between Al Qaeda chief Osama bin Laden and Hollywood actress Winona Ryder.

The faces shown on the scanner have only a 30 per cent likeness to photographs appearing on a passenger’s passport, reports The Telegraph.

The machines, undergoing trials at Manchester airport, have apparently been questioning so many passengers'' identities that they were creating huge queues.

The technology was designed to help immigration officials spot people traveling under false passports, particularly terrorists, but the multi-million pound scheme now appears to be in jeopardy.

"Update on the calibration – the facial recognition booths are letting passengers through at 30 percent. Changes appear to have been made without any explanation [or] giving anyone a reason for the machines [creating] what is in effect a 70 percent error rate,” the paper quoted an official, as saying.

Rob Jenkins, an expert in facial recognition at Glasgow University''s psychology department, said lowering the match level to 30 per cent would make the system almost worthless.

Announcing a trial of five of the devices at Manchester airport last August, Jacqui Smith, the Home Secretary, said they would improve security by making it more difficult for terrorists using false passports.

At the moment the technology is only being used on British and European travelers on "high risk" flights but it is planned to extend the technology to almost all non-European Union citizens by the end of 2010. (ANI)