Ayurvedic practitioners seek to be abreast of modern medicine 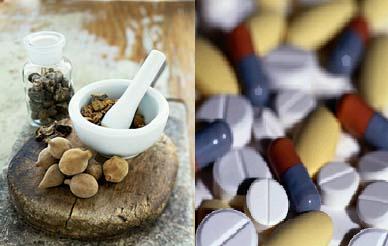 Ayurveda, which is one of the oldest and most holistic medical systems, suffered a setback during Medieval and British rule in India.

But, institutions like, Dayanand Ayurvedic College in Jalandhar, have been trying to revive the ancient wisdom of Ayurveda within the parameters of modern medical science.

The herbal factory at the college provides an opportunity for students to learn old-time methods of using herbs and plants for ailments.

"In Ayurveda, we have six tastes. Every taste is infact representing one or the other chemicals present in the plants or the vegetables. So, in Ayurveda this evolution of medicine started long ago, then there were more developments. We started using minerals, then we started making some extracts. So, Ayurveda and Alopathy is infact are sister pathies," said Dr. Raj Kumar Sharma, Principal of the college.

Established in 1898, the college has brought its education from 'gurukuls' to the modern classrooms.

Besides providing a degree in Bachelor of Ayurvedic Medicine and Surgery, the college has a well-equipped operation theatre to teach students the major and minor operation procedures.

The institution is just a drop in the ocean conducting research in Ayurveda.

At present, there are about 154 recognized under-graduate and 33 post-graduate colleges in India.

It's a myth that Ayurveda is limited to herbs and yoga. It offers therapies for all health concerns, from colds to cancer, emotional issues to epilepsy. 600 medicinal plant products, 52 minerals and 50 animal products are commonly used for Ayurvedic medicines.

According to the WHO, more than one billion people use herbal medicines to some extent, and India being a rich medicinal plant flora of some 2500 species the future looks bright. (ANI)