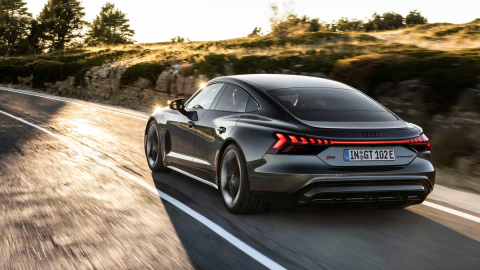 Audi, a luxury vehicle brand of German automotive manufacturer Volkswagen Group, suffered a noticeable decline in first quarter sales of its vehicles but sales of all-electric cars didn’t disappoint. According to data released by the manufacturer, Audi car sales during the January through March quarter of 2022 slipped 16.8 per cent year-on-year to 3settle at 85,084 units. A year ago, sales of Audi cars were above average.

The luxury brand mainly blamed two factors for the decline in sales: supply shortages and renewed Covid-19 lockdowns in China.

The company undoubtedly enjoyed a strong jump in all-electric sales year-over-year, but the results aren’t so rosy when we compare them with the fourth quarter of last year. Deliveries of all-electric cars noticeably slipped from the level recorded in the previous quarter. When it comes to sales of the plug-in hybrid models, the luxury brand didn’t disclose the figures.

As per the company’s previously announced future plans, the number of all-electric Audi models will be tripled to more than 20 within the next few years. From the year of 2026, the world-renowned luxury brand will bring only new fully-electric models to the market.