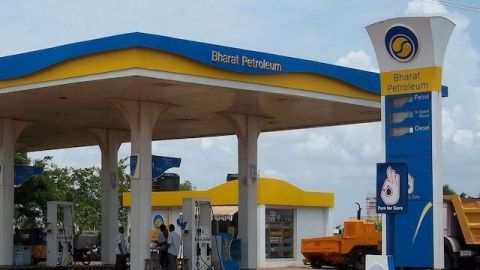 Market expert Ashwani Gujral has suggested four BUY Calls and one SELL Call for traders today as US markets closed positive and Asian markets have been trading strong this morning. Indian market is expected to open strong on back of strong global sentiment. US stock markets registered gains as investors brushed off jobs data report indicating high number of layoffs across the United States. Chinese exports have jumped during April and market experts were positively surprised as they were expecting decline.

Ashwani Gujral suggests traders to initiate a BUY trade in IndusInd Bank with a stop loss of Rs 448, target at Rs 470. IndusInd Bank has been an interesting stock for traders due to its high volatility however traders should be careful and keep a strict stop loss.

The only stock on Gujral’s SELL list for the day is oil PSU BPCL. Traders can Sell BPCL with a stop loss of Rs 340, target at Rs 315. TopNews will evaluate performance of the calls by the end of the trading session.