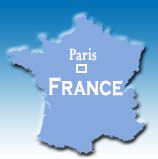 Paris - The trial opened Wednesday in Paris of 27 people charged in the 2006 kidnapping and torture death of a young Jewish man. The defendants, today between 21 and 35 years of age, are accused of being members of a gang which called itself the Barbarians and targeted Jews for abduction because their reputed leader, Youssouf Fofana, believed all Jews had money and would not hesitate to pay a ransom.

Fofana, 28, is charged with murder, torture and kidnapping in the death of 23-year-old Jewish cellphone salesman Ilan Halimi, in February 2006. If convicted, he faces a maximum sentence of life in prison.

The murder charge is aggravated because Halimi was allegedly targeted because of religion. The other defendants all face a variety of minor charges related to the killing.

Halimi was lured by a 17-year-old girl into the hands of Fofana's gang of multi-ethnic immigrants most of whom lived in the same run- down housing estate in the Paris suburb of Bagneux.

Over a period of more than three weeks, Halimi was insulted, stabbed and burned with lit cigarettes before being dumped, naked, near a suburban train station. He died on his way to hospital on February 13.

While they held him, the members of the gang took photographs and made audio tapes of the weeping Halimi and sent them to his family with demands for a ransom of
450,000 euros (594,000 dollars).

Police originally had dismissed the possibility that the killing was at least partly motivated by racial hatred. But then-interior minister Nicolas Sarkozy said Halimi had been selected because the gang "believed, and I am quoting, 'that Jews have money'."

The trial, which is expected to last more than two months, is being held behind closed doors because several of the accused were minors when the crime was committed. However, both Fofana and Halimi's family are demanding that the trial be open to the public.(dpa)