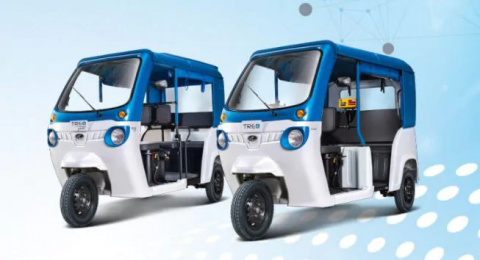 Pushing ahead with its commitment to strengthen its electric vehicle (EV) fleet across the growing market of India, the local arm of American e-commerce giant Amazon Incorporated has teamed up with Mahindra Electric.

As part of the partnership accord, Amazon India has deployed Mahindra’s Treo Zor EVs in more than half a dozen cities, including Ahmedabad, Bhopal, New Delhi, Bengaluru, Hyderabad, Indore and Lucknow, to deliver its products to the doorsteps of its customers.

In September 2019, the e-commerce giant became one of the first companies to sign the Climate Pledge, under which the signatories pledge that they become a net zero carbon emission entity by the end of 2040.

Nitin Gadkari, Union Minister of road transport & highways, welcomed the Amazon-Mahindra Electric partnership. He said that the partnership reaffirmed the country’s significant progress in the e-mobility industry, and stressed that efforts made by the government to encourage the adoption of EVs would help more entities adopt e-mobility.

Commenting on the Amazon-Mahindra Electric partnership, Gadkari said, “The partnership between Amazon India and Mahindra Electric is a welcome step which reaffirms India’s significant progress in the e-mobility industry… We are confident that the government’s efforts and policy measures will help more companies adopt e-mobility.”

The union minister further added that the e-commerce giant’s decision to add thousands of EVs to fleet highlighted the role of companies to achieve the country’s environmental sustainability goals.

Akhil Saxena, Vice President for Amazon APAC, MENA & LATAM Customer Fulfillment Operations, said the addition of EVs to the company’s Indian fleet was an integral milestone in the company’s journey to become a sustainability leader in the entire industry. He added that the e-commerce service provider would continue to work with numerous OEMs to build a fleet of ‘Made in India’ EVs to ensure sustainable and safe deliveries of customer orders.

Flipkart, an e-commerce rival to Amazon, last year pledged to convert its entire Indian delivery fleet to electric by the end of 2030.