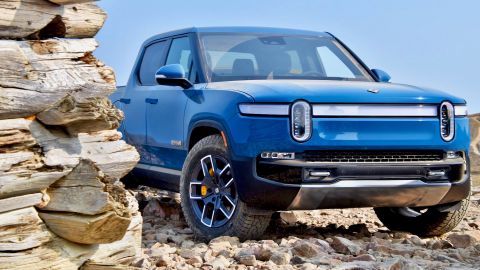 Amazon, the e-commerce giant that is now turning its focus to electric delivery vehicles, has revealed that it owns around a fifth of electric vehicle startup Rivian. In a recent 10-Q SEC filing with the US Securities & Exchange Commission (SEC), Amazon revealed that it owned nearly 20 per cent stake in Rivian as of end of the third quarter (Q3). It means the e-commerce giant owns around a fifth of the EV startup that is best known for the Rivian R1T and R1S all-electric vehicles.

According to a report published by Bloomberg, Amazon's stake in Rivian is now worth slightly more than $3.8 billion. At the end of last year, it was reported at $2.7 billion.

The aforementioned 10-Q SEC filing states, “As of December 31, 2020 and September 30, 2021, equity investments not accounted for under the equity-method and without readily determinable fair values, including preferred stock of Rivian Automotive Inc. representing an approximately 20% ownership interest, had a carrying value of $2.7 billion and $3.8 billion.”

Initially, an amount of $700 million was invested by the e-commerce giant in Rivian in early 2019. It also participated in some subsequent investment rounds that the EV startup conducted to attract more and more capital to become able to produce the R1T and R1S EVs in large volumes.

It is interesting to note here that capital isn’t the only thing that the American multinational e-commerce giant is bringing to Rivian, as it is also a major customer for the EV manufacturer. Amazon has placed a large order for 100,000 fully-electric Rivian Electric Delivery Vans (EDV) that the EV startup will produce and deliver over the coming years.

The startup’s first electric model, the R1T, has already entered the company’s production lines; while the R1S is all set to follow in December this year. The start of series production of EDV is also slated for the month of December, and its production is expected to reach 10,000 units next year. The remaining 90,000 units will be produced and delivered to Amazon within a few years.

By the end of 2025, the EV startup will likely be able to produce up to 30,000 units per year.
Meanwhile, Rivian is preparing to launch an initial public offering (IPO) with a hope to fetch $80 billion from investors. Thus far, the startup has raised more than $10.5 billion from the likes of Amazon and Ford motor Co.