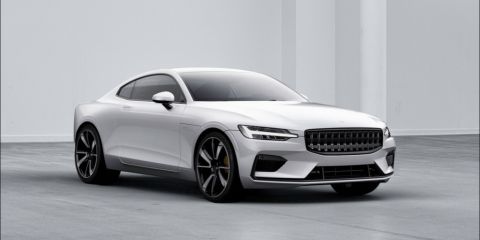 Polestar, a Swedish automotive brand owned by Volvo Cars, has announced that its upcoming all-electric Polestar 3 performance SUV will be built and sold in the United States. With plans to target American consumers, Polestar will produce the all-electric performance SUV at its parent firm Volvo Cars’ manufacturing facility in South Carolina. Retail “Spaces” across the country will be used to deliver the vehicle to customers.

Launched as a premium electric car brand in 2017, the Swedish automotive brand debuted with a plug-in hybrid, called the Polestar 1. The second product produced by it is Polestar 2, which is a fully electric vehicle.

Announcing the decision, Ingenlath said, “Polestar 3 will be built in America, for our American customers. I remember the great response when I first shared Polestar’s vision here in the USA and I am proud that our first SUV will be manufactured in South Carolina. From now on, the USA is no longer an export market but a home market.”

The automaker’s decision to share a production facility with its parent firm Volvo Cars result in significant industrial as well as financial synergies that it will generate as a result of its ownership structure. This strategy will not only trim down production costs but also slash the environmental and fiscal impact of shipping the vehicle from Sweden to the U.S.

With the upcoming all-electric Polestar 3 performance SUV, the Swedish premium automobile brand’s focus won’t only be on U.S. manufacturing but also on spreading the word about its premium EVs through retail.

The upcoming SUV will look roughly like the Polestar 2, but it will vary in shape and dimensions. While the Swedish automaker hasn’t revealed its specs, some reports claim that it will use the same platform as that of the Volvo XC90 model. It will have a new system dubbed “SmartZone” equipped with two radar sensors and a high-definition camera.

Other specifications and pricing for the 2022 Polestar 3 SUV will be announced before its official launch sometime later this year. However, it will undoubtedly be more expensive than the Polestar 2, which comes with a starting price tag of $61,200.