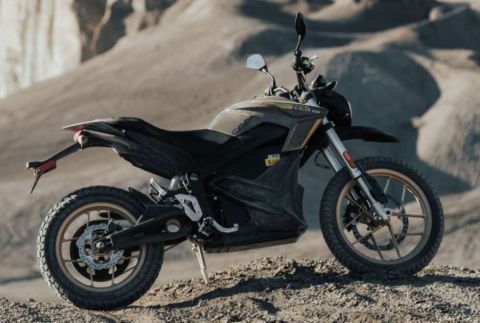 Zero Motorcycles, an American electric motorcycle manufacturer located in Scotts Valley, California, has unveiled a variety of larger EV batteries, an improved user interface (UI) and mobile app, and an expanded SR line-up. Remaining at the top of the range, the Zero SR/F and SR/S models come equipped with a 14.4 kWh battery and Z-Force 75-10 AC electric motor, which collectively produce 140 pound feet of torque, 110 horsepower (hp), and a top speed of 124 miles per hour (mph). The whole system delivers a range of 156 miles on a single charge.

The battery and electric motor system in the premium versions of the aforementioned electric motorcycles also produce the same power, but their larger 15.6 kWh battery delivers longer range of up to 169 miles. Using the premium-spec 6W integrated charger replenishes the batteries of the two motorcycles in 2.7 hours; while the standard 3W charger completes the same task in 4.5 hours.

In addition to upgrading the hardware, the manufacturer introduced a new Cypher III+ operating system (OS) that allows claims to have the capability to deliver even greater performance. Loaded with the extended 17.3 kWh Cypher range upgrade, the flagship motorcycles now deliver a range of up to 187 miles on urban/city roads and 93 miles on highways. Adding the company’s Power Tank (20.9 kWh) to the mix increases the range to 227 on city roads and 113 highways. The company also allows the user to upgrade the premium-spec 6W charger to a 7W unit, which trims down charging time to 2.4 hours.

With the company’s latest technology, the Zero SR/F and SR/S motorcycles enter the expanded range as the new base models. Equipped with the same 14.4 kWh battery and Z-Force 75-10 electric motor, the SR offers the same range as the standard SR/F and SR/S variants. However, toque has been decreased to 122 lb-ft, with top speed and power output coming down to 104 mph and 74 hp.

Of course, the 2022 SR owners will be able to increase performance metrics by 15 to 50 per cent. The Cypher upgrades are expected to be become available by the end of first quarter in 2022.