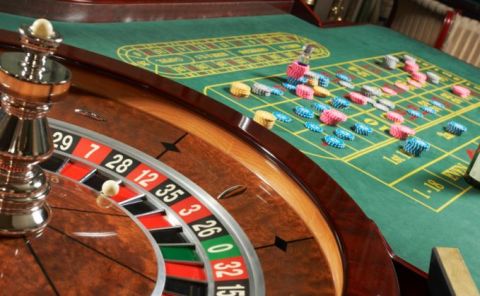 NYSE-listed Vornado Realty Trust, one of the largest commercial real estate developers in the United States, has revealed that it is evaluating the idea of developing an integrated resort casino in Manhattan.
Vornado Realty said that Manhattan, one of the most densely populated of the five boroughs of New York City (NYC), is the logical choice for building a new resort casino and it wanted to get in the action.

Steven Roth, chairman & chief executive of Vornado Realty, told investors that the reality giant was approached with the idea of developing a gaming property in the Herald Square area in Midtown Manhattan. It is believed to be an attractive location for a gaming property, thanks to its proximity to the Broadway, 6th Avenue, as well as 34th & 47th Streets intersect.

Making the revelation in the company’s annual letter to investors, Mr. Roth noted that Manhattan has the largest number of hotel rooms, restaurants, tourist attractions, museums and strong transportation network. Moreover, New York’s recently passed budget has set the stage for a new gaming property in the large metropolitan area.

The top executive stressed, “It makes perfect sense for the third and final license to go to Manhattan. Being the center of everything, Manhattan will generate, by far, the highest revenue for our education system; after all, aren’t we in it to maximize the tax revenue?”

He further added that his company was approached by multiple entities for the potential project, but he didn’t specify which entities or parties approached his company. However it is an open secret that casino operators like Bally’s Corp., Las Vegas Sands, and Wynn Resorts are interested in the third NYC casino license.

Vornado is also facing strong competition on multiple fronts when it comes to developing a gaming property in Manhattan. A number of real estate firms, including L&L Holding Co., are also believed to be mulling plans for the Herald Square area.

It is also worth-mentioning here that casino license could be won by Sands or Wynn, which typically don’t engage a landlord to avoid the long-term fixed costs of rent obligations. Rather, these operators own gaming properties both in the United States and abroad. As these operators don’t have a tradition of working with real estate investment trusts, there is no guarantee that either of these operators would engage Vornado, if anyone of them wins the gaming license.