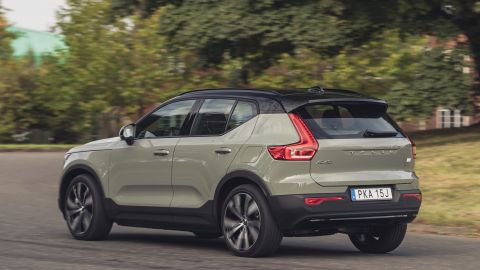 Volvo Cars India, the fully-owned subsidiary of Swedish automobile brand Volvo, has announced that it will launch one electric vehicle (EV) in the country every year from 2021. Making the announcement, Volvo Cars India also confirmed that its all-electric XC40 Recharge will be rolled out on Indian roads sometime in the second half of this year.

The Swedish brand’s commitment to go all-electric in India was initially announced back in 2018, when the automobile giant had revealed plans to launch 4 electric models in the country by the end of 2021. While the automaker has taken a different route by deciding to launch one EV every year, it is quite pleasant to know that the company is pushing ahead with its plans to go all-electric.

At present, the XC90 plug-in hybrid is the only electrified vehicle that Volvo is selling. However, it aims to have 80 per cent of all it sales coming from EVs by the mid of this decade (2025). Globally, this number has been 50 per cent of the company’s total sales volume. The company has plans to develop and produce EVs based on various body styles.

Speaking on the topic, the senior executive added, “The XC40 Recharge has been received well globally. We expect the same in India as well. Starting this year, we will launch one electric car every year in the Indian market and by 2030 we aspire to become a fully electric car company.”

Stressing on the company's values and commitment towards environment and social responsibility while ensuring sustainability, he further added that Volvo remained bullish on the fast-growing Indian EV market.

Volvo aims to become a leader in India’s premium electric car market, which has been predicted to grow at a significant pace in the coming years. According to IESA’s first edition of India Electric Vehicle Market Overview report, total EV sales in the country in 2018 hit 365,920 units, and sales are expected to grow at a CAGR of 36 per cent till 2026.

While Volvo hasn’t ruled out the petrol cars completely, and we will soon see the launch of the S90 and XC60 models; its decision to launch one EV every year in the country shows how committed it is to go electric and attain a leadership position in the fast-growing Indian auto market.