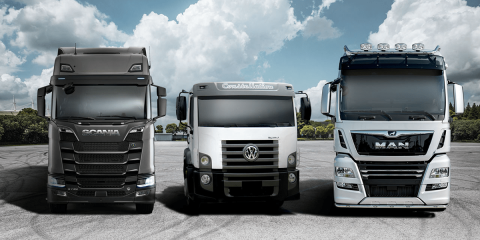 In a recent announcement, Volkswagen Group (VW)’s commercial vehicle subsidiary Traton has revealed that it will make a EUR 1 billion investment in e-mobility by the year 2025.

The announcement was made by Traton at its Innovation Day event held in Södertälje, Sweden.

According to the announcement, the planned EUR 1 billion e-mobility investment will be made jointly by Traton’s brands --- MAN, Scania, and Volkswagen Caminhões e Ônibus (VWCO). The investment will apparently enable Traton to progress with its ongoing development of a common modular electric powertrain, which will be used by all Traton brands for producing their electric vehicles.

About its common modular e-powertrain, which will be similar to the Volkswagen MEB electric platform, Traton said that the powertrain can be modified by each brand in accordance with its application and image. Traton also revealed that its MAN and Scania brands will use the common modular e-powertrain for the first time in 2020, for the production of their new series electric buses.

In reference to Traton’s decision to invest EUR 1 billion in e-mobility over the next few years, Traton CEO Andreas Renschler said that the company is largely focused on research and development for achieving its goal of becoming “the leading provider of e-trucks and e-buses.