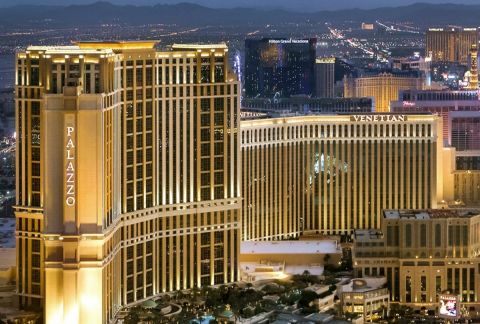 VICI Properties Incorporated, a New York-based real estate investment trust specializing in casino properties, has confirmed that it is preparing to sell up to 115 million shares to raise capital to finance an acquisition and slash down its debt pile.

Of the sale of initial 100 million shares, VICI will receive proceeds on half that amount. Assuming a sale price of $30 per equity share, VICI will receive $1.5 billion in gross proceeds. Under the revealed plan, the proceeds from the sale of shares will be used to fund the acquisition of the Venetian hotel casino as well as to reduce the company’s debt.

In a newly released statement, “VICI expects to use the net proceeds from the sale of shares of our common stock and expected cash proceeds received upon full physical settlement of the forward sale agreements to pay down current indebtedness and for a portion of the purchase price of the previously announced acquisition of the Venetian.”

In March this year, VICI announced a partnership deal with private equity firm Apollo Global Management to acquire a number of gaming properties, including Venetian, Sands Expo, and Palazzo for $6.25 billion. As part of the deal, VICI will pay $4 billion for the properties.

At the end of the second quarter, it had $7.07 billion in debt and $7.48 billion in liabilities.
Shares of the VICI have gained nearly 24.55 per cent year-to-date, but the stock is trailing the MSCI US Investable Market Real Estate 25/50 Index by roughly 520 basis points. Following the announcement of the sale of 115 million shares, the stock slipped nearly 3 per cent. While VICI’s stock has been on the down side since the announcement of the share sale, it is still a catalyst-rich stock among real estate equities.

Formed in 2017 as a spin-off from Caesars Entertainment Corp.’s as part of a bankruptcy plan, VICI is a real estate investment trust (REIT) listed on NYSE. At present, it owns 29 casinos, hotels, and racetracks in addition to 4 golf courses across the United States.