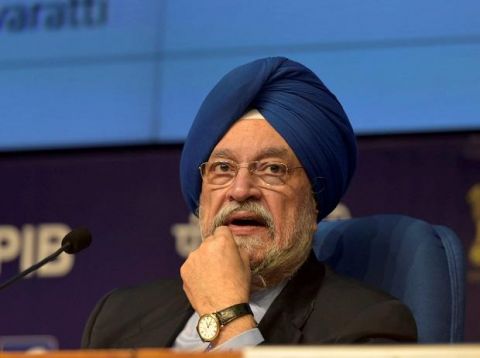 Indian government announced complete ban on international flights in March while countries across the world were announcing restrictions to contain the spread of COVID-19. The orders implemented with a rush, like many other orders from Narendra Modi government, left many Indians stranded in India and in other countries across the world. After complete lockdowns, Indian Civil Aviation Ministry planned specific number of flights under Vande Bharat Mission, an exercise Civil Aviation Minister Hardeep Singh Puri has termed as evacuation mission by Indian government.

Under Vande Bharat Mission, only the national carrier Air India has been allowed by the Indian government to operate flights from and to India. Air India is charging almost double fare (in some cases even four times the regular airfare) on these flights. The flights are managed by Indian missions abroad and Indian citizens stranded in different countries across the world have to register for tickets on these flights. The Indian missions have been helpful to the citizens but the role of Air India and Civil Aviation Ministry is questionable. This can’t be termed as an evacuation exercise as people have to pay for these tickets. Even if the intention of Indian government was good, it would not aim to profit from these flights. The tickets could have been sold on a no-profit, no-loss basis.

As per estimates nearly 300 thousand people registered with Indian missions for returning back to India. And, while the international flights have been banned for almost 3 months, there are many more who would need to travel back to India. As countries across Europe, Asia and North America have eased restrictions on travel, Indian government could have added more flights. Even if the Indian government aimed to help Indian citizens, it could have added more flights from Air India or other private airlines. Private airlines can also follow the rules regarding public safety, as they have been doing for flights all over the world. Indian government pushing forward only with its not-so-competent national carrier for these flights, is in itself a questionable decision of Civil Aviation Ministry.

A look at Minister Puri’s Twitter accounts tells the story of stranded Indians who have been requesting him to restart international flights instead of running Vande Bharat Mission. Every time he pats his back for 3 or 4 thousand people returning on different Vande Bharat flights, he gets over 1,000 messages on his tweet to restart international flights. He has turned deaf to the demands of the public on this issue.

A report published by financial services platform MoneyControl suggests that Air India is making a profit of nearly INR 2 crore on each flight. The minister was quick to blame MoneyControl for being insensitive but that seems far from truth. MoneyControl story is taking about facts and figures while the Civil Aviation Minister avoided the numbers. The intent of Indian government is also clear from recent statements made by Minister Puri that Air India should fetch higher valuation as the government has been trying to sell stake in its bleeding aviation venture.

During three phases of Vande Bharat Mission, Air India has managed to bring back 165 thousand Indians from different destinations. The government has still not allowed international flights and claims to start with phase four of Vande Bharat Mission. Air India has finally started accepting bookings on its website but registration process is tedious and requires travelers to register with local India mission and then book a flight. Clearly, the steps taken by Indian government are not enough to deal with total number of Indians that have urgent reasons to travel.