US: Proterra receives order for 33 e-buses from Miami-Dade county in Florida 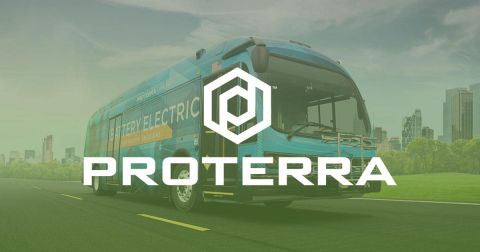 US-based electric bus manufacturer Proterra has revealed in a recent announcement that it has received a big electric bus order from the Florida county of Miami-Dade. The order includes 33 units of Proterra electric buses, along with up to 75 plug-in chargers manufactured by the company.

The order placed by Miami-Dade with Proterra is evidently the biggest order for electric buses from East coast USA.

As a result of the electric bus order from Miami-Dade, Proterra has gained a new customer for its electric buses. Proterra is the leading manufacturer of heavy-duty electric vehicles in North America, and it presently has more than 100 customers in the US and Canada. The company has also started offering its technology to other manufacturers -- like Dutch bus giant Van Hool -- since August 2019.

Meanwhile, about the decision by Miami-Dada to procure electric buses from Proterra, Mayor Carlos Giménez said that Florida is one of the US regions that are “most vulnerable” to climate change.

Highlighting the fact that tireless efforts are being made by Miami “to lower its greenhouse gas emissions,” Mayor Giménez said that the procurement of energy-efficient electric buses from Proterra is a significant move aimed at bringing “clean, quiet transportation to Miami-Dade.”