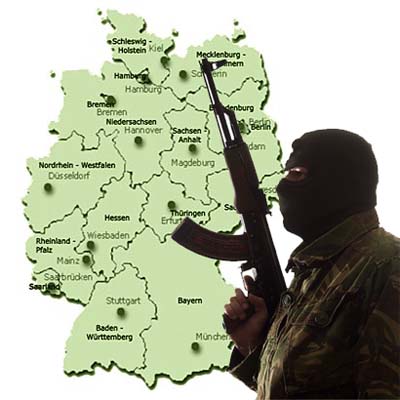 Dusseldorf - One of the four men accused of a major Islamist terrorist plot in Germany was sentenced Thursday to two weeks' imprisonment for contempt of court after he refused to stand up when the judges entered the courtroom.

Adem Yilmaz, 30, a Turkish citizen raised in Germany, called out sarcastically, "Thank you very much," when prosecutors applied for the penalty, and he said the same thing when presiding judge Ottmar Breidling threatened to remove him from the court room.

The two weeks in jail must be served out after the trial, expected to last two years, ends.

Justice Breidling told Yilmaz, "You should think about whether you are going to continue like this." Yilmaz's lawyer rejected a suggestion that she persuade Yilmaz to stand up, saying he was a grown man who knew his own mind.

Yilmaz said on Wednesday, the first day of the trial in Dusseldorf, that he only stood up for Allah.

He and two German men who converted to Islam are accused of plotting to set off a series of car bombs at US airbases in Germany or at bars frequented by US servicemen. The blasts might have been comparable to Islamist attacks on Madrid (2004) and London
(2005).

Three of the Muslims were caught after buying chemicals to make the bombs. Months of police surveillance transcripts are the main evidence against them. A fourth man, Atilla Selek, 24, was arrested in Turkey.

On Thursday, 17 parents, siblings and inlaws of Yilmaz, Selek, Fritz Gelowicz, 29, Daniel Schneider, 23, were called as witnesses. All were largely uncommunicative, or contended that police transcripts of their past statements were untrue. (dpa)