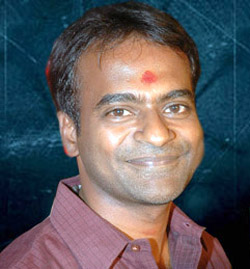 Tollywood director Raj Aditya Thambi committed suicide on Saturday by hanging himself from a ceiling fan in room No. 305 at Hotel Basera in Secunderabad.

According to sources, Raj was staying in the hotel for the last one week.

The sources also said that Raj had been visiting the city often for the last seven months ever since the shooting of his latest Telugu flick, ‘‘Malli Malli’’ began. The movie was scheduled for release on Saturday,

The appalling episode came out when his assistant director Sreeman, went to the hotel and knocked the door of his room, and he found that the room was locked from inside.

When he didn’t get any reply from inside, he called up hotel staff and told the whole incident.

The staff opened the door using a master key, and found Raj hanging from a ceiling fan with a bed sheet.

At once, Gopalapuram police came in and sent the dead body for post-mortem.

However, the reason behind the drastic step is yet to be found.

Aditya’s sudden death was a big shock to the entire Telugu film industry.

Before making a debut as director in Telugu film industry, Raj worked as an assistant director. As a director, he started his career by directing "Ishtam", produced by Usha Kiran Movies. He shot into fame with the direction of another Telugu film "Pourudu".

Aditya, whose real name is Rajakumaran Thambi, is the son of famous Malayalam film producer and director Srikumaran Thambi.