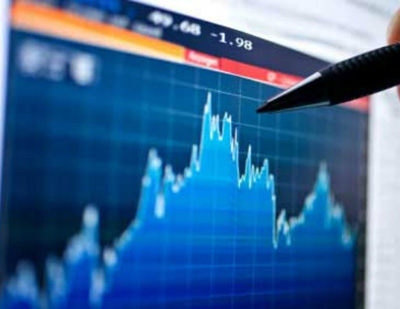 New Delhi: Trading in stock markets would largely be driven by corporate earnings in a holiday-shortened week ahead and may see volatile trading amid futures and options (F&O) expiry on Thursday, say experts.

Stock markets will remain closed on Tuesday for 'Id-Ul-Fitr'.

Investors will also watch progress of monsoon, investment trend by overseas investors, oil price and movement of rupee against the dollar.

Besides, shares of auto companies will be in focus on announcement of sales data for the month of July from Friday.

"We expect rise in volatility in the truncated week as traders will adjust their position on account of F&O expiry. They would also track consumer price index (CPI) data for industrial workers that would be announced on July 31," said Jayant Manglik, President-retail distribution, Religare Securities Limited.

The coming week also marks the start of new month, lot of data is expected to flow in, including companies' monthly auto and cement sales numbers for the month of July. Besides, June HSBC Manufacturing PMI is also scheduled to be released on August 1, he added.

Markets would also be keenly watching the developments in Ukraine and Israel Crisis and the same would have a considerable effect on global risk appetite and the prices of safe havens like gold, Goyal added.