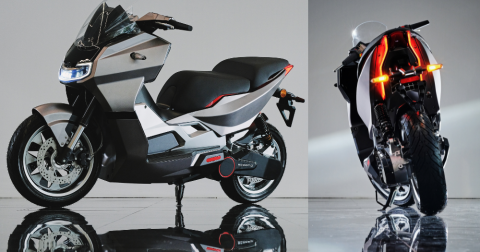 Joshua Goh, Deputy Chief Executive Officer of Scorpio Electric, claims that the Scorpio X1 is the first of its kind electric two-wheeler to come from a Singaporean manufacturer. The senior executive added that the Scorpio X1 would prove to be a market leader in its class.

Announcing the launch of the Scorpio X1, Goh said, “In its class, the Scorpio X1 will be the clear leader. We will continue to push the boundaries of design, performance, and technology as Singapore’s leading electric car brand. We’re also getting closer to sharing our idea with bikers.”

Explaining the e-bike, Goh added that the Scorpio X1 is clearly futuristic from a styling point of view. He expressed hope that the new EV will surely prove to be a versatile commuter on the busy streets of Singapore.

Amid soaring concerns over air pollution and global warming, governments around the globe are encouraging manufacturers and consumers to ditch fossil fuel-powered internal combustion engines (ICEs) in favor of EVs. Electric two-wheelers are becoming more and more popular across European, American as well as Asian countries. Singapore is a City-State and its dense urban environment is unquestionably an ideal place to maximize the utility of electric two-wheelers. The proliferation of electric two-wheelers will not only benefit manufacturers like Scorpio Electric but also benefit the country’s tight urban layout. This is exactly what Scorpio Electric has in mind with its e-motorcycle project.

The Scorpio X1 e-scooter comes equipped with a 4.8kWh Lithium-ion 72V 73A battery pack that is capable of delivering a range of up to 200 kilometers (124.2 miles) on a single charge. As per the manufacturer’s claims, the battery takes just 2.5 hours to get recharged up to 90 per cent of its full capacity. Top speed of the two-wheeler has been reported at 105 km/hour (65 mph). The list of the new e-motorcycle’s high-tech features also includes keyless entry, a remote bike lock, 0-50 km/h acceleration in just 4.2 seconds, and a 10Kw max electric motor.

However, all those features come at a considerable cost. The Singaporean manufacturer has opened preorders for the e-scooter for a token amount of US$1,000, with an estimated launch price of US$9,800.