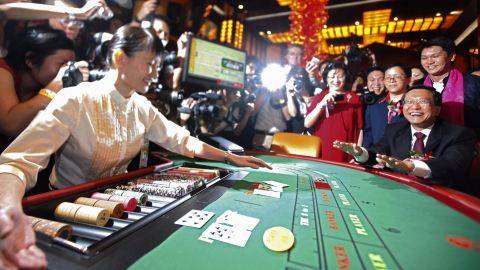 Police raids on illegal gambling & money lending sites in Singapore earlier this week resulted in detention of nearly three dozen people, and 10 of them have been slapped with multiple charges related to the illegal activity.

Singapore Police Commissioner Hoong Wee Teck confirmed the raid, and stressed that it was part of the City State’s continuing crack down on illegal gambling.

According to CNA, an English-language television channel in Singapore, ten suspects were charged in a local court with counts of illicit remote gambling and illegal money lending. All the suspects except one were male, between 26 to 63 years of age.

During the raid, police seized more than S$770,000 (roughly US$570,000) in cash, computers, mobile phones, pre-paid cards, and some documents. Authorities also froze the bank accounts of the suspects.

More arrests can be announced soon as the illegal gambling-related activities are still under investigation. As per local law enforcement authorities, the suspect were providing illegal remote gambling services through computer systems established in a common gaming house. The suspects were also operating an unlicensed money lending syndicate.

The Singapore Police Department said in a statement that tough enforcement action and crack down on criminal activities would continue in the future.

In the newly released statement, the police department said, “The police will continue to take tough enforcement action and clamp down on criminal activities including remote gambling and loan sharking. Those found engaging in illicit activities will be dealt with sternly in accordance with the law.”

Meanwhile, the two licensed gaming properties in Singapore, viz. Resorts World Sentosa and Marina Bay Sands, are still struggling to return to their pre-pandemic levels of revenue and profit. Hit by the deadly COVID-19 pandemic, these casino resorts are not expected to fully recover from the downfall until sometime in 2026.

If found guilty, the suspects could be slapped with prison terms of up to five years per offense, in addition to hefty fines. In Singapore, a suspect found guilty of money lending violations could also get half a dozen strokes of a cane, over and above the aforementioned prison term and fines.