The rise of online casino interest in India 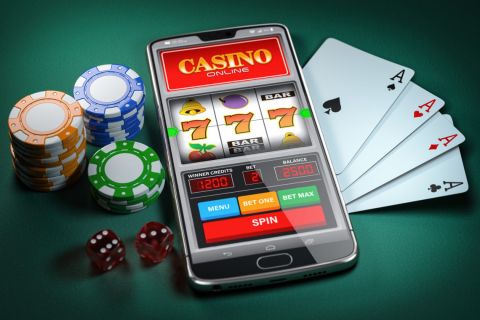 While cricket has always been Indian's favourite pastime, reports show that the most popular form of entertainment now is the online casino. And although there are no formal laws on online gambling in the country, the industry is heavily regulated by gambling regulators from other countries.

The thing is, to play in an online casino, you don't have to leave the house. This is one of the best advantages you get, and one of the primary reasons why gambling in India is on the rise. As reported by Forbes, Youzu, Tencent and Paytm are investing in gaming, and with the demand increasing rapidly, at least two new game development startups are appearing every month. As for online gambling, players can still only enjoy playing at foreign sites. But who knows, maybe soon the gaming companies would shift to this fast-growing industry instead.

Being one of the top five countries for mobile gaming, the gaming is already close to $900 million worth in India. There are more than 250 online casino game development countries that will contribute more to the game choice for players. But, considering players are already frequenting foreign online casino sites, like Royal Panda online casino which already has a whole page dedicated to Indian players, you can only imagine how much potential the country has for the online gambling to continue growing. In fact, estimates show that India would miss on billions if the country doesn't introduce laws for regulating online gambling soon. And, considering all this interest, there are huge chances for it to do so and in the near future.

Why the sudden rise of interest?

As soon as it was concluded that online casinos are not a hazard for Indian players, there was an increased accessibly to online casino games in India. Players can access the games with one click on their desktop or one tap on their mobile device’s screen. With the innovations and advances in gambling on a global level, the games are actually not only available on smart devices, but are also mostly played on them. Mobile gaming has always been a thing in India, and with 530 million smartphone users, so mobile gambling is expected to reach incredible heights. With the ability to play their favourite online casino games on their phones, Indian players have even better access to the online casino, therefore, further engagement is expected.

How do players choose the sites to join?

Considering online gambling is still not regulated in India, players need to take their chances. But as mentioned previously, there are countries which have legalized it and have it under control. Since the most popular online casino sites hold licenses by highly-respected regulators like the UK Gambling Commission or the Malta Gaming Authority, Indian players can trust them completely. And, since offshore operators have seen the interest of Indian players in their games, they have done everything in their power to make the access to the games, payment methods and bonuses even easier to them. Some even allow Indian players to play using Indian rupees. Not being able to play with your own currency is something that bothers most players, and Indian players have that problem solved.