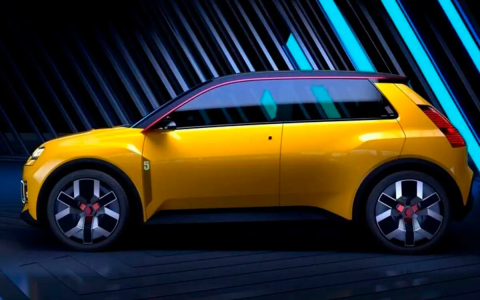 According to the world-renowned car brand’s explanation, Ampere will combine the technical expertise and assets from the group companies with the focus and suppleness of an EV pure player. Like the parent firm, the standalone new unit will also be based in France. It will be a full-grown OEM with a workforce of nearly 10,000 people. Roughly 3,500 of those employees will be engineers, with 50 per cent of them having specialization in software.

By the end of current decade (2030), Ampere aims to have lineup of 6 all-electric cars that will ideally be positioned in the most dynamic segments in the fast-growing European market. In the segment B, there will be the new Renault 5 Electric and the Renault 4 Electric, and in the segment C, there will be the Megane e-Tech Electric, the Scenic Electric and a couple of other models that are yet to be announced by the manufacturer.

In its announcement, Renault Group explained, “As a technological company, Ampere will foster innovation through its approximately 3,500 engineers, half of whom specialize in software. Ampere aims to produce around 1 million electric vehicles for the Renault brand in 2031. Ampere is expected to benefit from an annual growth rate of 30% over the next 10 years.”

The French manufacturer expects the newly set up standalone unit to achieve compound annual growth rate (CAGR) of above 30 per cent in the 10 years to come.

To achieve that, the new unit will rely on three tech backbones – the group’s ElectriCity EV production hub in northern France, the European EV value chain, and breakthrough SDV technology. The manufacturer has plans to launch its first open and horizontal SDV sometime in 2026 with the support of two major tech giants, viz. Qualcomm Technologies and Google.

Renault Group has plans to float Ampere on the Paris Stock Exchange sometime in the second half of 2023. While the automaker will keep a big majority of the shares for itself, it will also welcome the support of potential investors like Qualcomm.