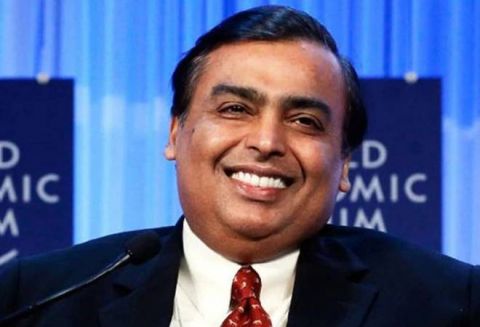 Reliance Industries has witnessed amazing rally in the recent months and thanks to plans of Mukesh Ambani to make the company debt-free, investor confidence in Reliance is at an all-time high. Investors and market experts are confident that Reliance has more steam left even as the stock has witnessed sustained rally. Reliance has surprised markets by announcing investments from global technology giants and funds in Jio Platforms every week during the last couple of months. The massive investment raised by stake sale in Jio Platforms has helped Reliance reach its goal on becoming debt-free earlier.

Now, Reliance ranks among the top 50 global companies in terms of market capitalization and the company is ruling at the top in India. Saudi Aramco is the company with the highest market cap of $1.7 trillion, followed by Apple, Microsoft, Amazon, and Alphabet. Reliance is also in talks with Saudi fund to sell stake in its energy venture. This could further unlock value.

Together with the firm's partly-paid shares that were issued in the recent rights issue and are traded separately, the company had a combined m-cap of Rs 13.5 trillion or over $181 billion. No Indian company has ever crossed an m-cap of Rs 13 trillion. This is higher than Chevron's about $170 billion m-cap as well as likes of Oracle, Unilever, Bank of China, BHP Group, Royal Dutch Shell and SoftBank Group.

Reliance is the 10th highest m-cap company in Asia. China's Alibaba Group is ranked 7th globally. The only other Indian company in the top 100 firms is Tata Consultancy Services.

As per its closing price of Rs 2,170 on the NSE, TCS has an m-cap of Rs 8.14 trillion or about $109 billion. Reliance has managed to grow the difference massively in just few months as investors picked up stake in the company.