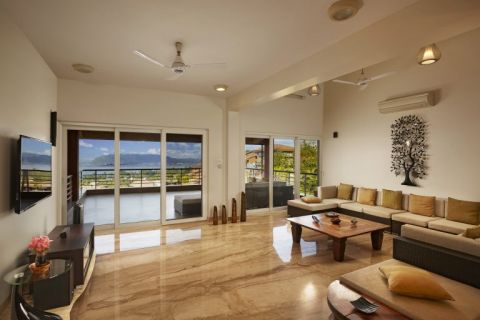 Over the years, the religious aspect of increased home buying sentiment in the festive season has waned to some extent. However, the festive freebies and discounts doled out by developers have lost very little of their intrinsic allure. True, the previously popular subvention schemes have been eliminated by the NHB, but this fact also paves the way for generous festive discounts and add-on attractions.

India is a highly diverse real estate marketplace - consequently, what works in some cities doesn't necessarily work equally well in others. Each of India's top real estate markets has its own trends for developers seeking to harness tradition-fuelled homebuyer sentiment:

MMR: This key region currently has unsold inventory to the tune of 2.24 lakh units collectively worth INR 2.54 lakh crores, and there are several attractive deals on offer. Not surprisingly, given the expensiveness of property here, one of the most popular festive offers in MMR is waiving off of GST and stamp duty and registration charges - top on the list of developers. This effectively amounts to a direct discount of between 5-12% of the overall property cost.
Pune: MMR's immediate neighbour currently has unsold housing inventory of 92,800 units collectively worth approx. INR 56,800 crores. While Pune has relatively lower property prices, this is also a very cost-sensitive market since the city's median annual family income is significantly lower than in Mumbai. Again, it's not surprising that waived GST and stamp duty and registration fees are the most popular festive season incentives in Pune.
NCR: With more than 1.18 housing units collectively worth INR 82,200 crores completely stalled in NCR, the average buyer sentiment here is not exactly upbeat. However, this region has also been a direct beneficiary of judicial intervention on behalf of homebuyers and also has several strong developers with viable projects. In NCR, such developers are doling out discounts by way of GST and stamp duty/registration charges waivers and some are even topping it up with free car parking, clubhouse membership and miscellaneous gifts like modular kitchens.
Bengaluru: India's Infotech capital currently sits on 64,680 unsold housing units cumulatively worth INR 47,780 crores. A unique aspect of Bengaluru's festive season incentives to homebuyers is that developers offer either up-front cash discounts or flexible payment options. A small handful of projects have direct cash discounts of up to Rs. 5 lakhs during the festive season. Flexi-payment options (entirely funded by developers since banks no longer participate in such schemes) like an up-front payment of 10% with no further payments for the next 15-18 months can also be found in Bengaluru.
Chennai: With unsold housing inventory of 31,470 units valued at INR 20,430 crores, some builders in Chennai are giving out upfront discounts or offering freebies like gold coins, free furnishing, etc. With prices in this predominantly end-user-driven market remaining attractively affordable, buyers are focusing more on freebies and flexible payment options
Kolkata: With unsold housing inventory of 45,560 units valued at INR 26,910 crores, Kolkata’s developers are ushering in the festive season with freebies and offers including free gold coins, waiving off of added costs such as floor rise charges, and free fittings such as air conditioners, modular kitchen etc.
Hyderabad: With unsold housing inventory of 25,130 units valued at Rs. 16,420 crores, the deals sweetening Hyderabad’s residential market this festive season include direct cash discounts, flexi-payment options and rental assurance once the project is completed.