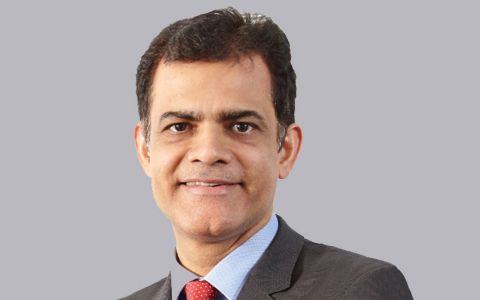 The Reserve Bank of India reduced repo rate by 25 basis points. Considering the state of Indian economy and struggling sectors, the rate was expected by majority of economists and market experts. Views on rate cut by Anuj Puri, Chairman – ANAROCK Property Consultants follow.....

In the April-June 2019 quarter, India’s GDP grew only by 5% - the slowest pace in over six years. Consumers are spending less on everything from FMCG to automobiles – and, of course, real estate. Naturally, the sector eyes RBI’s monetary policy for cuts in the key lending rates to support the various measures taken by the government to boost consumption sentiment.

The repo rate cut of 25 bps to 5.15% announced today is in line with expectations. Considering that the Aug 2019 CPI came in at 3.21% - well below the medium-term target of 4% - RBI had room for such a rate cut. It can probably go some way in improving consumer sentiments ahead of the festive season, which is a crucial quarter for the real estate sales.

However, much depends on how efficiently banks transmit the benefits to their homebuying borrowers. An efficient transmission will lower the cost of capital not only for consumers but also for developers, making room for price revisions and further discounts. Some banks have agreed to link their lending rates to the Repo rates, but all major lending institutions need to follow suit.

Importantly, this rate cut comes close on the heels of the recent announcement of setting up a stress fund of INR 20,000 crore to provide last-mile funding to projects stalled due to lack of capital. This fund needs to get into action soon and demonstrate meaningful results to improve the sentiments of industry stakeholders like FIs, PEs, developers - and most importantly, homebuyers. An announcement regarding the real-time deployment of the stress fund during the festive season can dovetail well with this rate cut and yield a positive consumer response.

There’s still a dire need to do more for affordable-to-mid housing (units priced less than INR 80 Lakh) as nearly 68% of unsold inventory lies in this segment. This is where the ‘real’ end-user demand is and affordable housing definitely needs additional measures such as extending the moratorium period on home loans, subsidies, additional tax benefits, and a revision of the definition of affordable housing.

On a macro level, the overall stress that Indian real estate is in cannot be remedied merely by reduced lending rates – the sector has been reeling under subdued demand for many years. Even if we ignore the euphoric pre-2010 era, new housing project launches in 2018 across top 7 cities were 64% below the previous peak of 2014. Likewise, sales were down by 28%.

The sector is currently still saddled with 6.56 lakh unsold housing units (as of Q3 2019) across the top 7 cities, and developers are struggling to raise funds to complete projects and launch new ones.