Rakesh Jhunjhunwala: We are at the Start of a Bull Market 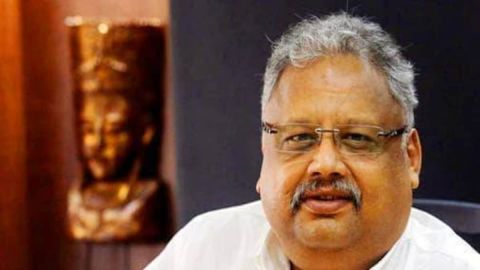 However, this brings us to question big investors like Jhunjhunwala and Warren Buffett. In almost all his interviews or statements, Buffett has expressed his confidence in the American economy. It is important for small and medium investors to figure out how much they should read from statements of billionaire investors. Another important thing to note is that none of the big investors will express themselves in any way that can cause panic among investors. If Buffett or Jhunjhunwala or other big investors make negative comments about economy, markets or specific stocks, we can imagine the amount of selling pressure it will lead to. And, these big investors will be among the major losers in this case, as at any time, they have billions at stake.

When Damani questioned Jhunjhunwala about major market moves, once in 100 years or once in a decade, he gave a very detailed reply. Jhunjhunwala said, “We are essentially in the bull market that started in 1981. We do have falls, but they do not last for long. I mean we had one fall around 1999, then 2008 and maybe 2020, but the market seems to resume in an extremely short period and that bull-run just continues. If I look at it from a very longer term picture 1999, 2008 and now 2020, the recoveries have been unbelievable and at an unbelievable speed. So I think that long bull market which started in 1981 is very much alive.”

COVID-19 pandemic has led to a very quick fall in stock markets and investors have compared this event to a once in a century major event which led to quick crash in the markets. However, looking at the recent trends, global markets have recovered smartly from the lows we have seen in March 2020.

Jhunjhunwala summed up his viewpoint about Indian markets, “Technically, we are in an absolute bull market. We are in the start of a bull market. You have breadth, you have disbelief, you have nervousness, you have lack of commitment and market refuses to go down. Every bull market starts with an event which shatters everybody so much that everybody keeps promising that he will never buy stocks again and then the first rise never has faith. So technically we are surely in what is going to be a long bull market and then sometimes the market can mislead you, but that is very rare.”

Some parts of the text in this story have been taken from CNBC-TV18 as Damani interviews big bull Jhunjhunwala.

TopNews will review statements made by Rakesh Jhunjhunwala in the past and present a study about his comments and market movement over next few months, after his comments.