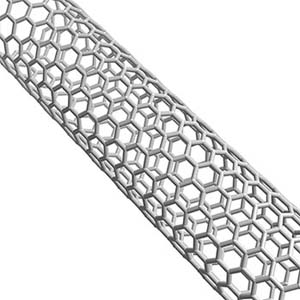 It has been reported that a group of carbon nanotubes coated with a thin layer of protein-recognizing polymer form a biosensor that can use electrochemical signals to identify small traces of proteins.

This could provide a crucial new diagnostic tool for the detection of a range of illnesses, Boston College researchers have said.

It has also been reported that further tests using calmodulin showed the sensor could discriminate between varieties of the protein that take different shapes, according to the multi-disciplinary team of biologists, chemists and physicists.

Molecular imprinting techniques have shown that polymer structures can be used in the development of sensors capable of recognizing certain organic compounds, but recognizing proteins has presented a difficult set of challenges.

It was further noted by the report that the BC team used arrays of wire-like nanotubes - approximately one 300th the size of a human hair - coated with a non-conducting polymer coating capable of recognizing proteins with subpicogram per liter sensitivity.

Central to the function of the sensor are imprints of the protein molecules within the non-conducting polymer coating. Because the imprints reduce the thickness of the coating, these regions of the polymer register a lower level of impedance than the rest of the polymer insulator when contacted by the charges inherent to the proteins and an ionized saline solution.

According to co-author Dong Cai, an associate research professor of Biology at BC, when a protein molecule drops into its mirror image, it fills the void in the insulator, allowing the nanotubes to register a corresponding change in impedance, signaling the presence of the protein. (With Inputs from Agencies)