Production of 2023 Cadillac Lyriq RWD to start in March, deliveries scheduled for May 2022 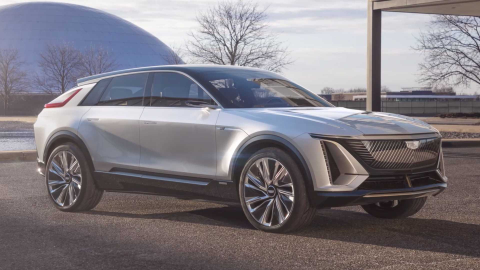 Limited production of the 2023 Cadillac Lyriq RWD will start in March this year and deliveries will likely commence in May, Cadillac Vice President (VP) Rory Harvey announced. According to the announcement, Cadillac will start producing RWD version of its first all-electric vehicle on 21st of March 21, with expected deliveries to take place nearly a couple of months later. Order books for the AWD Performance version of the 2023 Lyriq will be opened on 19th of May.

However, it is worth-noting here that Harvey wasn’t talking about reservations but firm orders that are logged directly into dealers' systems. The same process is used to place orders for Cadillac ICE vehicles.

As per available information, limited production of the standard Lyriq EV with rear-wheel drive will take place in Spring Hill, Tennessee, with shipments to dealers set to start in May this year. Production of the AWD performance version will begin late this year, with deliveries scheduled to start early next year.

The luxury car brand didn’t disclose the number of reservations, but it claimed that it has already exceeded its target of 200,000 units that it had set for the upcoming Lyriq earlier this year. The manufacturer also revealed that hand-raisers (consumers who showed interest in the midsize crossover) are being regularly updated.

Speaking on the topic, Harvey said, “The have yet to tell how many of those hand-raisers will translate into customer orders, but the amount of demand at the moment is absolutely huge."

The Lyriq boasts a clean-sheet design, with bold front grille standing out due to the black crystal with a beautiful lighting pattern running along the sides and bottom surrounding the brand's emblem. LED daytime running lights consist of two large strips (one on each side of the front). Above the two large strips, there are ultra-narrow LEDs.

Cadillac has confirmed that the 2023 Lyriq will carry a starting price tag of $59,990. However, various tax rebates and other incentives are expected to bring its effective price significantly down.