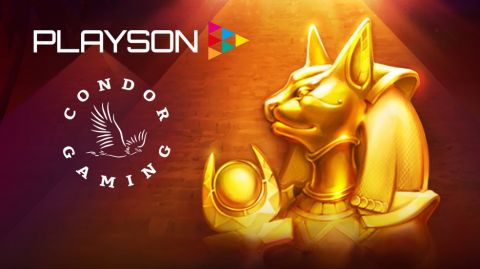 Cutting-edge and innovative slot gaming content developer Playson has announced a partnership deal with Condor Gaming Limited, in a move that will provide Condor brands with access to the developer’s impressively large slot portfolio.

With the signing of the new deal, casino venues of Condor Gaming will be able to offer more games to gaming enthusiasts, including Playson’s Funky Fruits series and the widely-popular Timeless Fruit Slots portfolio. The list of venues where Playson’s these impressive games will now be available through Condor includes Casino Sieger, Big5 Casino, Rembrandt Casino, 24Bettle and b-Bets.

In addition to providing Condor gaming sites with access to tons of Playson’s gaming content, the newly signed deal will provide various Condor brands with a range of engagement tools developed by Playson. It is expected to help Condor Gaming in retaining its customers as the tools are known for it. The deal will also help Playson to further expand its reach in the European market as Condor provides services in a number of European markets like Germany and Finland.

Top executives from both sides praised the signing of the deal, saying the agreement would help both companies in expanding their reach in their respective fields across the world, particularly in the European markets. Condor Gaming’s Casino Manager Chris McGowan said that Playson’s engagement tools have proven their worth among players.

When asked for a comment on the new deal, McGowan said, “Playson’s games are well respected in the gambling industry and its engagement tools have proven very popular with players.”

The Casino Manager for Condor Gaming went on to say that the company was particularly delighted at the addition of Playson’s impressive slot content to their offering, and expressed belief that the content will be great entertainment for the company’s thousands of customers.

Playson has for some time busy in signing deals to expand its reach in the global gaming market. Apart from signing the aforementioned agreement with Condor Gaming, Playson has set up some other partnerships as well. For instance, a few weeks back, the brand announced the signing of an agreement with Denmark-headquartered casino operator 25xyv A/S to make its extensive portfolio of games,, including Solar Queen and Solar Temple, available through the Danish operator. As the agreement with 25xyv A/S was also a gaming content supply deal, it is expected to benefit three online brands, namely CasinoGo, Bet25 and Rød25, of the Danish operator.