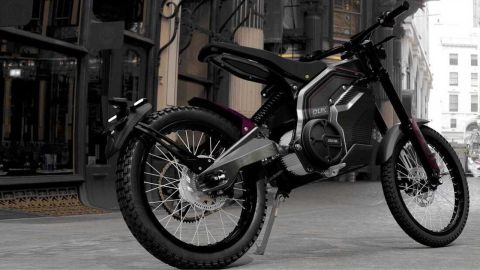 Spanish electric two-wheeler startup Ox Motorcycles Incorporated has introduced a new electric motorbike (e-bike) dubbed the Duk, which claims to be far more sophisticated than the existing Ox One e-bike.

The brand-new Ox Duk will become available in two models: the L3e and L1e, corresponding to the A1 and B196 driving licenses, as well as the AM license up to 45 km per hour (28 mph). The existing OX One model – the startup’s only other e-bike – is an in-house invention, but the company didn’t reveal if where the new e-bike’s technology came from.

The Spanish startup has introduced the Duk as a technically sophisticated and aesthetically pleasing e-bike. Inside the aluminum bridge frame of the e-bike, a 2.2-kWh battery pack has been positioned to power an 8-kW electric motor, which produces a maximum torque of 60 Nm (roughly 42 ft-lbs). The back wheel features an 18-inch rim that is connected with the mid-mounted motor with a chain. As per the manufacturer’ claims, the e-bike has a range of 100 km (roughly 62 miles) on a single charge. The integrated charger is capable of recharging the exhausted battery in merely three hours.

Designed to blend on-road and off-road practicality with fun, the Ox Duk (including the battery pack) weighs just 80 kg. Deliveries to customers are scheduled to start sometime in October 2022.

Over the past couple of years, consumers’ increasing interest in environment-friendly zero-emissions mobility solutions promoted well-established manufacturers as well as startups to produce and introduce an unprecedented number of e-bikes. While the market for lightweight, budget-friendly e-scooters is already reaching near its saturation point, there is a lot of room for e-bikes that focus on fun rather than utility. That is why an influx of off-road e-bikes has been witnessed in the recent times. Obviously, it would be even better if the off-roaders are street-legal too. Thus, there is a great opportunity for e-bikes like the Ox Duk.