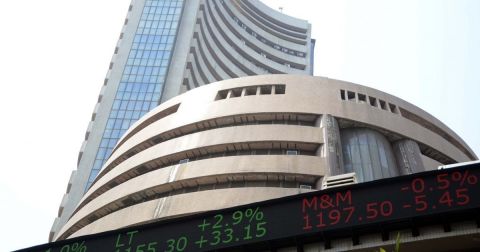 The market today gave the record to move with Sensex up 951 points and Nifty 277 points making new all-time highs. The realty sector was up more than 8% followed by the financial service & Commodities index. Nifty Bank gave good 853 points rally up 2.24%, RBL Bank was the top-performing bank. The midcap index was also up 447 points. Bajaj Finserv was the top performer among Nifty50 pack up 5% followed by Hindalco & Tata Motors. HDFC Life, Dr. Reddys Labs & Nestle were top losers.

Tomorrow the move might continue and we might see markets making new all-time high. Nifty might touch the 18000 marks tomorrow. The realty sector is driving the rally in Nifty. The realty stocks are in focus due to improvements in China`s Evergrande Group and also as registration jumps due to a cut in Stamp duty.

Bank Nifty which took the massive move and gap-up opening and continued the momentum, small duration charts 37880 will act as an immediate hurdle, and next resistance is placed is at 38000 levels. On the downside, support is placed at 37700-37600 followed by 37475.